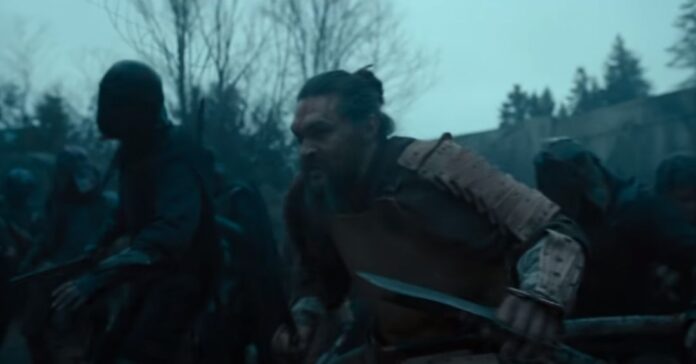 Throughout the history of Hollywood few things have gotten more attention then when a film or series promises to pit two action heroes against each other. In the 80s it was Schwarzenegger and Stallone, the 2000s gave us Vin Diesel vs The Rock and now, in 2021, we see the next generation do battle when Dave Bautista meets Jason Mamoa on the field of battle in season 2 of Apple TV+’s See

Apple TV+ has been struck by some weird curse wherein they deliver awesome programming but the hype machine never really takes notice. See premiered last year amongst a bevy of new shows (For All Mankind was one of the most notable), but I never heard a peep about it outside of official PR channels. Take a look at this official synopsis:

Far in a dystopian future, the human race has lost the sense of sight, and society has had to find new ways to interact, build, hunt, and to survive. All of that is challenged when a set of twins is born with sight.

A compelling plot, a charismatic star, and as you’ll notice in the trailer below, some real money thrown into production. Whatever the issue, Apple is doing their damnedest to get people to take notice. In the world of See, it has definitely worked on me. The trailer below is a montage of battle and carnage laden scenes narrated by Bautista, who plays not only Mamoa’s brother, but an enemy general that appears to have captured Mamoa’s daughter. I do have to admit that I’ve been spending alot of time playing Ghost of Tsushima, so the fact that Mamoa is dressed as a Samurai, and Bautista as a Mongol warlord may have something to do with my excitement. Regardless, I think you’ll be just as hyped as me after checking out the trailer below.

The great Baba Voss is storming into new territory to confront an old enemy, his brother. Starring Jason Momoa, Dave Bautista, and Alfre Woodard, return to the world of SEE on August 27 exclusively on Apple TV+