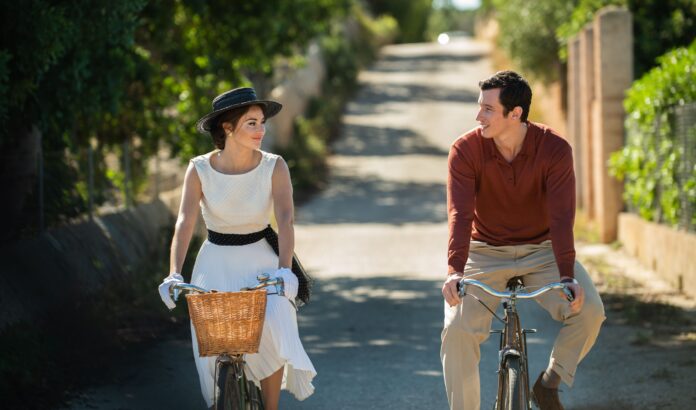 If all goes how I hope, people will be buzzing about filmmaker Augustine Frizzell very soon. Her 2018 stoner comedy Never Goin’ Back is a prime example how that well-worn genre can have new insights and still be hilarious. And now Frizzell is looking to do something bigger, this time for Netflix, with romantic love story The Last Letter from Your Lover, starring Felicity Jones and Shailene Woodley.

The Oscar-nominated Jones stars as a contemporary journalist who uncovers a trove of letters revealing a forbidden romance between a couple in the 1960s. As she reads more of the letters, she becomes obsessed with finding out where these people are and what happened to them.

Netflix will release The Last Letter from Your Lover on July 23rd.

A pair of interwoven stories set in the present and past, THE LAST LETTER FROM YOUR LOVER follows Ellie Haworth (Felicity Jones), an ambitious journalist who discovers a trove of secret love letters from 1965 and becomes determined to solve the mystery of the forbidden affair at their center. As she uncovers the story behind Jennifer Stirling (Shailene Woodley), the wife of a wealthy industrialist, and Anthony O’Hare (Callum Turner), the financial journalist assigned to cover him, a love story of Ellie’s own begins to unfold with the assistance of an earnest and endearing archivist (Nabhaan Rizwan) who helps her track down more letters. Based on the novel by Jojo Moyes and directed by Augustine Frizzell.