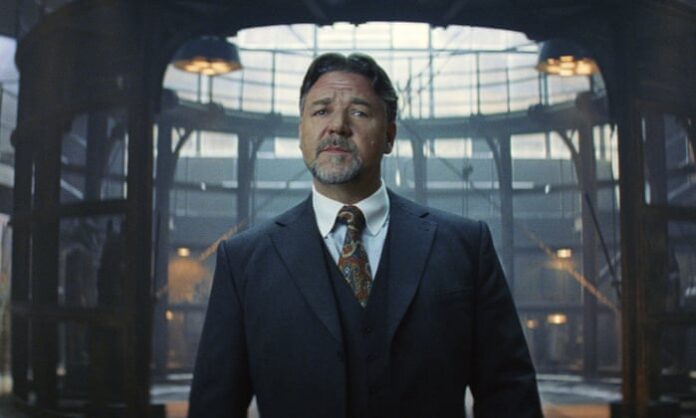 When theaters were still many months away from opening fully, Russell Crowe’s Unhinged became the first movie to get a wide release in the midst of the pandemic, and did quite well. The film Crowe has just signed on for will have a more welcoming climate to open into, but will that equate to equal success at the box office? Deadline reports Crowe will star in Poker Face, a high-stakes gambling thriller from director Gary Fleder.

Penned by Stephen M. Coates, Poker Face stars Crowe as a tech billionaire and master game player who invites a number of his childhood friends to his Miami estate for some high-stakes poker, as a means of exacting justice against them. But his plans are upended when his home is taken over by a murderous home invader.

Fleder is a veteran filmmaker known for directing Don’t Say a Word, Homefront, and Runaway Jury.

Coming up for Crowe are horror thriller The Georgetown Project, and a jump to the MCU for Thor: Love & Thunder where he’ll play Zeus.

Russell Crowe Reveals His Character In ‘Thor: Love And Thunder’