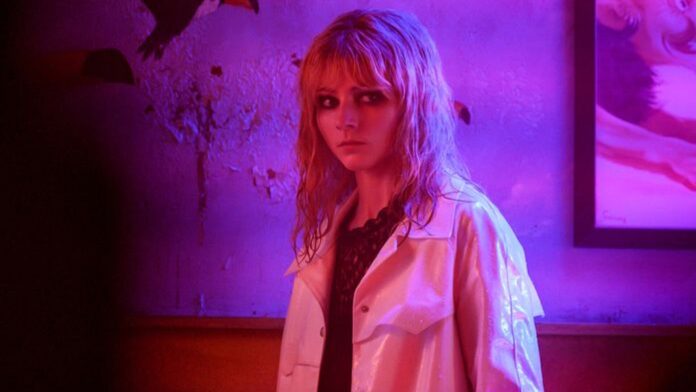 True to his word, Edgar Wright and Focus Features released the trailer for his psychological horror film Last Night In Soho. With neon lighting and plenty of cat eyes, Wright is taking us back to 1960s London. But things aren’t all groovy.

Thomasin McKenzie (Jojo Rabbit) plays a young fashion student obsessed with the 60s who gets transported back to her favorite decade. We see her slowly start to become her idol, the mysterious Sandy (Anya Taylor-Joy, The Queen’s Gambit). With Taylor-Joy’s eerie rendition of Petula Clark’s “Downtown” playing acapella, the trailer slowly starts to divert from the wholesome to the bizarre. Heavily lined eyes, fire, knives, all pop until McKenzie’s character whispers, “Do you believe in ghosts?”

Wright is known for playing around in various genre films including Shaun of the Dead, Scott Pilgrim vs. the World and Baby Driver. Joining the director as co-writer is 1917’s Krysty Wilson-Cairns.

Here’s the synopsis: A young girl, who is passionate about fashion design, mysteriously enters the 1960s, where she encounters her idol, a dazzling wannabe singer. But 1960s London is not what it seems, and time seems to fall apart with shady consequences.