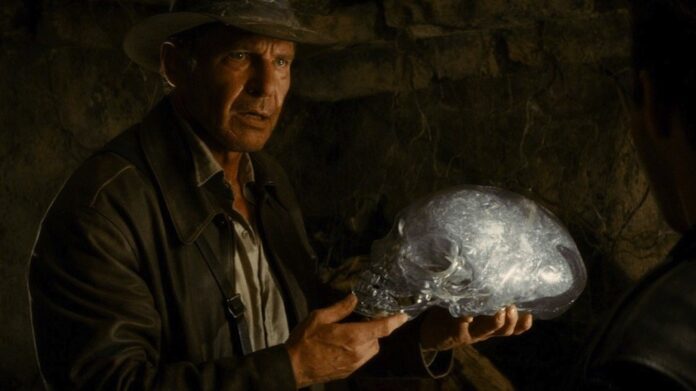 The major holdup in regards to a fifth Indiana Jones movie has been cracking the screenplay. Multiple attempts have been made by multiple writers, including Crystal Skull writer David Koepp on a couple of occasions, until finally the arrival of director and co-writer James Mangold helped move it forward. So what will Harrison Ford’s final adventure as Indy have in store? How about a trip to space? What is this? F9?

According to The Illuminerdi (Judge accordingly, although they’ve been okay lately), Indiana Jones 5 will find Indy facing his favorite foes, the Nazis, during the 1960s space race. Mads Mikkelsen is reportedly playing a villain (shocker!) described as “a Nazi scientist enlisted into NASA by the United States government to work on the space agency’s moon landing initiative.” Shaunette Renee Wilson, who was cast only last week, is said to be playing Mikkelsen’s CIA handler. Whether she’s a party to his character’s villainy we don’t know.

Mikkelsen’s character is said to be working with a female villain, “an evil and brutal killer”, that Scarlett Johansson reportedly passed on. That can be looked at a couple of ways. Either it was pitched to her because it’s a really substantial part, or she turned it down because it isn’t. Who knows?

Take all of this with a grain of salt, of course. It does make some sense to set this in the 1960s. Crystal Skull took place in 1957, but how are they going to explain that Indy looks 30 years older than he did before? I would almost prefer they set it in modern time and just roll with the age thing, build that into the story. Going back to sci-fi, after the cool response to extraterrestrials being introduced in the prior film, seems like a bad idea.