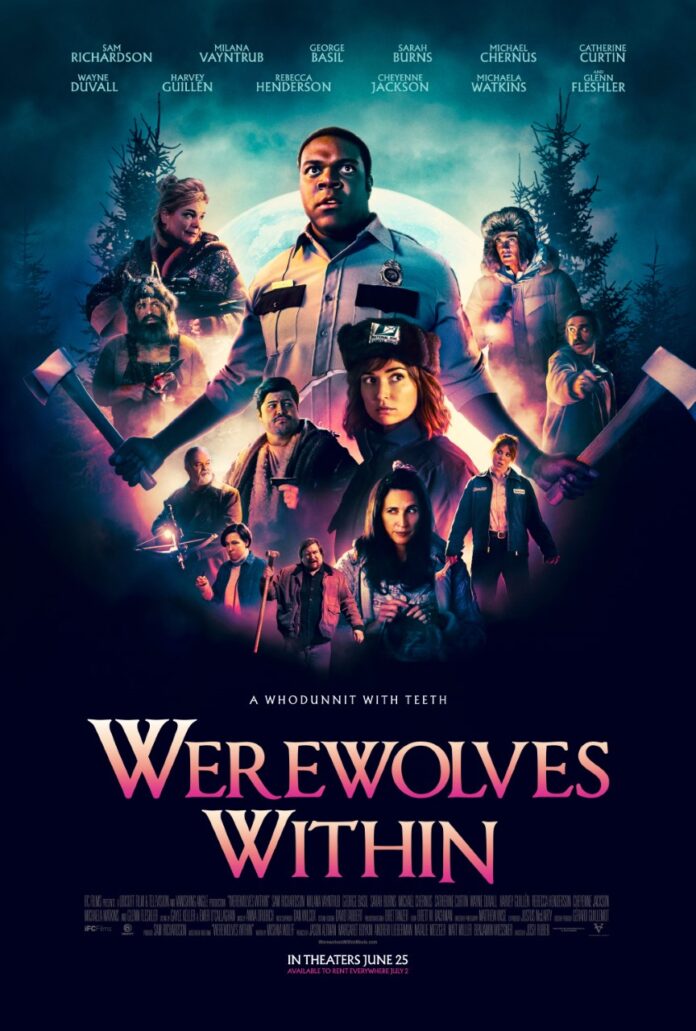 I feel a resurgence of Werewolf movies coming, last year we had The Wolf of Snow Hollow and this year on June 25th in theaters, and July 2nd on streaming, we have Werewolves Within. Based on the video game of the same name, the film follows a small town park ranger who has to lead his town through a night of Werewolf attacks. As dark as that may sound, the trailer promises something TOTALLY different, and I’m totally sold! Milana Vayantrub is sure to be a big draw, but this ensemble looks like so much fun. There’s nothing better then a good horror-comedy in my mind, and the split they pulled here looks to be perfect. The atmosphere, the violence, it’s all super dark, but the dialogue is so completely opposite…it’s french fries in a milkshake type perfection.

Check out the official synopsis, then on to the trailer!

A proposed gas pipeline has created divisions within the small town of Beaverfield. When a snowstorm traps its residents together inside the local inn, newly arrived forest ranger Finn (Sam Richardson) and postal worker Cecily (Milana Vayntrub) must try to keep the peace and uncover the truth behind a mysterious creature that has begun terrorizing the community.