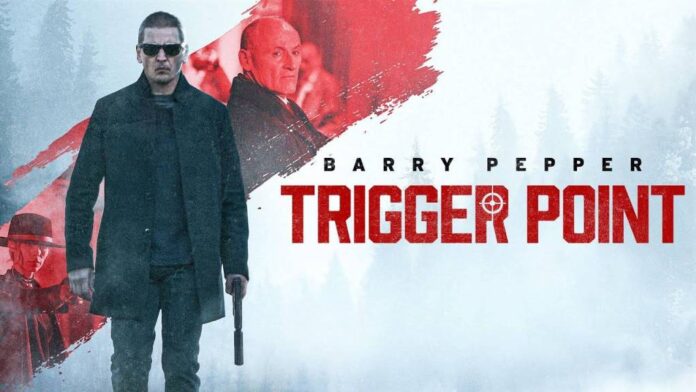 The retired covert operative is pulled back into the life for one last mission. That’s got to be in the top 5 action movie plots of all time, right? If you’ve followed this site or my reviews for any period of time, you’ll know that I’m a firm believer in the “execution is everything” theory. It does not matter a single bit that your basic plotline has been used repeatedly, the devils in the details as they say, and director Brad Turner fills those details with silenced shots from a hi-powered .45 caliber handgun in his new film Trigger Point. 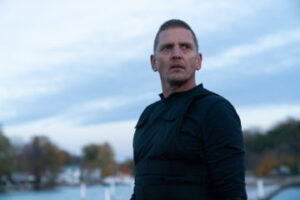 Barry Pepper, easily one of the top character actors of his generation, plays retired special operator Nicolas Shaw. After a disastrous mission that ended with him captured, forced to break, and giving up the identities of other covert operators Shaw is now hiding out in small town USA. That is until his former cohort Elias Kane (played by another great character actor, Colm Feore) seeks his help, revealing that Kane’s daughter has been kidnapped. You see, Shaw’s the only one who knows the identity of mysterious kingpin Quinton. It’s not a simple kidnapping mission though, as Quinton has apparently dispatched assassin Fiona Shaw (Laura Vandervoort) to eliminate all of the operatives revealed by Shaw during his capture and “interrogation”. At least that’s Elias’s story, and the one that Shaw will have to trust as he launches his one-man war against those who seek to hurt. 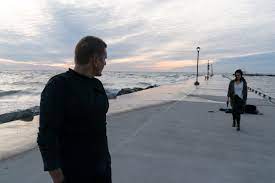 Yes, very familiar story. It’s the same basic plot followed by any one of 100 straight to video action films of the 90s. It’s also the same basic plot of a movie like John Wick, which folks will inevitably compare this film to. They shouldn’t, however, as the details differ and make for a much different feel so save those comparisons for the recent Nobody and take Trigger Point as it’s own thing. 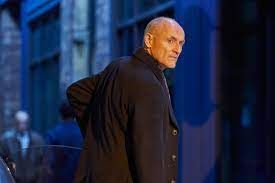 The primary positive in the film must be adding Barry Pepper as your lead. Here is a guy who’s been killing it in smaller side roles since the mid-90s but has never really got his stand in the spotlight. Even when he gets to the lead it’s in films where he nails it but the movie is forgotten for any number of reasons. Knockaround Guys is a prime example, do yourself a favor and check that movie out if you haven’t seen it. Pepper has a unique look that allows him to be both menacing and sympathetic all in the same scene. He plays the part of secret agent/assassin with ice-cold ease and presents a hero that I want to see win.  Brad Turners direction is standard enough to be familiar but has an added level of sophistication to it that makes it stand out, with action scenes that are more covert than the standard “save the girl/one man army” faire.

Trigger Point is well worth a quiet night home, while it won’t be listed on any ‘Best of’ action movie lists it’s not something you’ll regret having watch. While I can’t say I’m a huge fan of the lack of resolution, with the ending being a transparent setup for a franchise…or at least a sequel, it’s on the strength of Barry Pepper that you’ll stick through and enjoy the watching Nicolas Shaw deliver that sweet, sweet justice down the barrel of his silenced hand cannon.