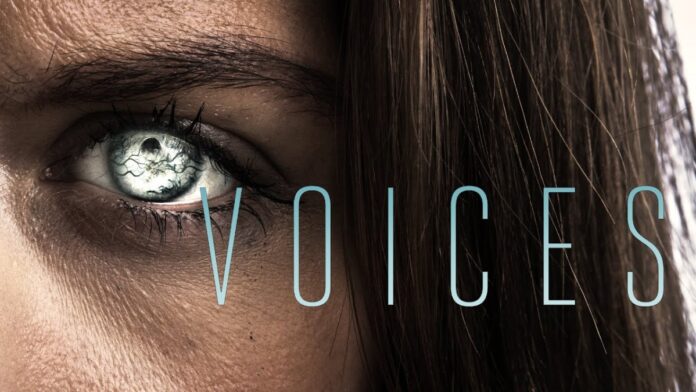 Lilly (Valerie Jane Parker) has had to deal with quite the hardships throughout her life. At a young age, Lilly (Chloe Romanski) was blinded from an auto accident that killed her mother. She can see some shades of blurry colors, but her sight is almost completely gone. Lilly was taken in by her aunt Becca (Jordan Ladd) who put her own life aside for Lilly’s. Almost immediately Lilly began to hear voices and was able to communicate with the dead in The Voices. Even into her teenage years, Lilly (Jenna Harvey) had to balance teenage life with pseudo psychic abilities. She did manage to meet her future husband Will (Colton Reese) and have some good times with her best friend Emily (Romy Reiner). Although in the back of her mind the voices were always there. 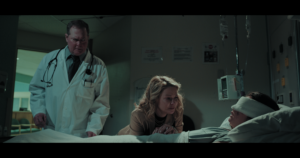 Now years later Lilly is pregnant, and the voices are beginning to intensify. So much so that Will (Jonathan Stoddard) and Emily (Rezeta Veliu) become extremely worried. The issue is only Lilly can hear them and she can have trouble telling who they are coming from. These voices start to impact her everyday life, including her profession. Lilly has taken the tragedies she’s gone through and spun them to try and help others as a grief counselor. One of her new clients, Diana (Jo Ann Olivera), is a medium who can sense Lilly’s gift. Diana warns Lilly of an evil coming, one that wants its soul to inhabit Lilly’s unborn child. Lilly is now not only fighting for herself, but for her child’s soul. 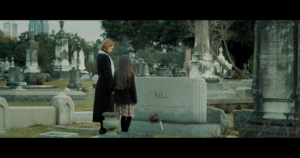 The Voices had some interesting ideas and certainly a bit of potential. However, the film takes far too long to really flesh out the main antagonist. On top of that when we finally are introduced…well it leaves a lot to be desired. The Voices worked best with little snippets of “horror.” A few dead people here, some ominous music there. When the film tries for too much, that’s when it starts to unravel. The expression ‘less is more’ comes to mind and, in the case of The Voices, fits perfectly. That also goes for most of the performances. As the complexities of the scenes were ratcheted up, some of the talent didn’t rise to the occasion. However, Parker was solid throughout and able to carry the film. 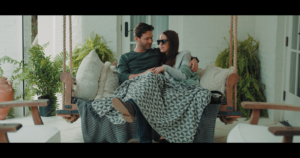 Writer/director Nathaniel Nuon and writer Daniel Hathcock weave flashbacks in and out of the narrative. They help to paint a picture of Lilly’s experiences and the evolution of her abilities. They also have Parker narrating on top to further help push the story along. Nuon uses framing incredibly well to give more context. The Voices has some creepy moments but is overall lacking on the scares. Some of the scares don’t seem to fit and may have been thrown in just to add some umph to the film. The typical horror movie head scratching decisions are in no short supply, so the audience can rest easy knowing that. The Voices has an interesting premise, but it fails to fully capitalize leaving it as another forgettable horror film.

Review: ‘Love & Bananas’ Is The Elephant Love Story You Didn’t Know You Needed