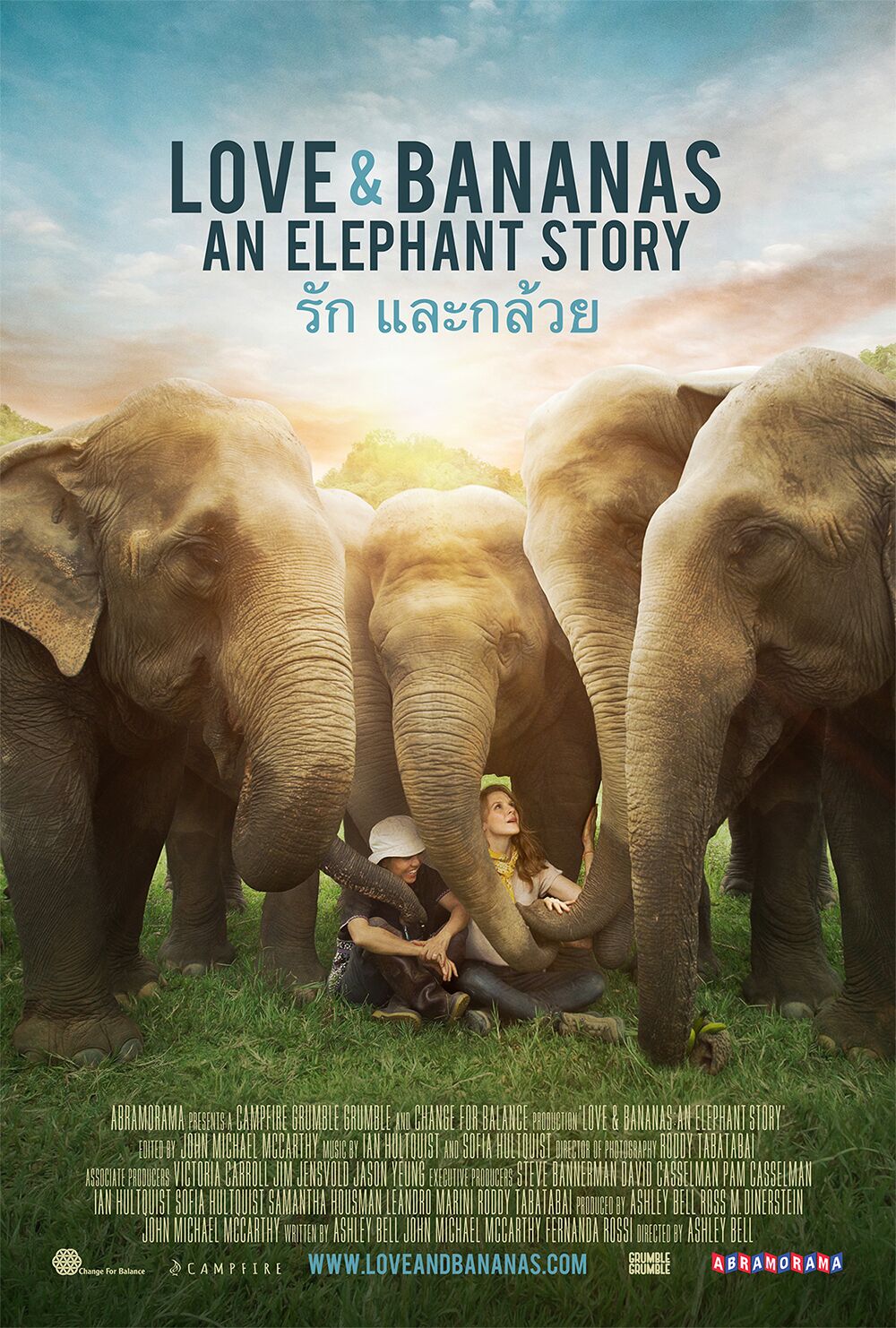 There is one shot in the documentary Love & Bananas that I feel perfectly and beautifully captures the heart of the story at hand; two women, sitting on land of grass while being surrounded and umbrellaed by five Asian elephants. One of the women: a five ft tall, Thai, elephant rescuer and healer is expectedly calm; she’s in her element. The other woman: an American filmmaker, who after learning about the threats facing Asian elephants became interested in becoming a part of an elephant rescue, is (again) expectedly a lot more enamored and delighted by all that she’s seeing and experiencing; it’s a once in a lifetime moment for her. The elephants are playful, noisy, trusting, and protective – becoming, for these two women, in their own way the very thing that the Nature Elephant Park has become for them, a sanctuary, a kind of safe haven that allows for them to just be.

This passion project invites us into the world of Asian elephants or much in this case, the lack thereof. The Asian elephant is an endangered species with only around 45,000 of them existing today. Elephants themselves are big business, with many of them being slaughtered for their body parts. In Asia, things are a bit different; there is a large looming conflict between mankind and these creatures. On top of black market sales, humans are destroying their land and using the creatures themselves to fulfill other needs with the logging and tourism industry, which includes one such practice known as “trekking”, or elephant rides. It’s these threats that Lek, the elephant rescuer has freely dedicated her to life to fighting and that Ashley, the filmmaker, has chosen to document for all of us to experience and learn about.

I loved everything about this documentary. The story itself was incredibly captivating and informative, taking the average viewer from being someone with little to no knowledge of, personal interest in, and stake within this situation to becoming someone that is well-informed and genuinely invested in these problems facing elephants today.

The characters within the story helped to add another layer of emotion and connection to said story as you see that the humans that are a part of this missions really and truly care about healing, loving, and protecting these elephants. When it comes to the elephants themselves, due to more specifically Lek’s knowledge and bond with these creatures, our hearts also ache for them and the horrible treatment that they go through while living within the bonds of captivity.

One thing that did surprise me about the documentary though was its use of suspense. I think that the filmmakers did a really good job of creating that “holding you breath while unconsciously squeezing your hands into a fist and (though you already know the outcome) hoping that everything turns out well” kind of feeling.

At its core this documentary is a story about freedom and the lengths that people put themselves through in order to find that freedom for themselves and others (both human and non-human). Elephants are more than just the capitalistic value that is placed on them and their body parts, they are the architects of the earth that in their own way help to keep the ecosystem thriving. With the help of this documentary I was truly able to see and understand that, they too, just like us, deserve to be free, even if their version of a free world is one simply filled with love and bananas.

You can find Love & Bananas playing in select theaters

Trav’s Note: Ashley Bell is, of course, the actress best known for The Last Exorcism and Carnage Park, embarking on what I know was her passion project. 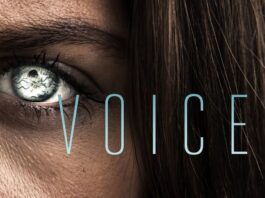 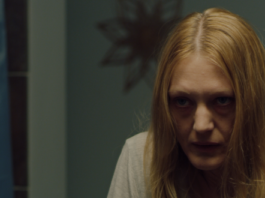