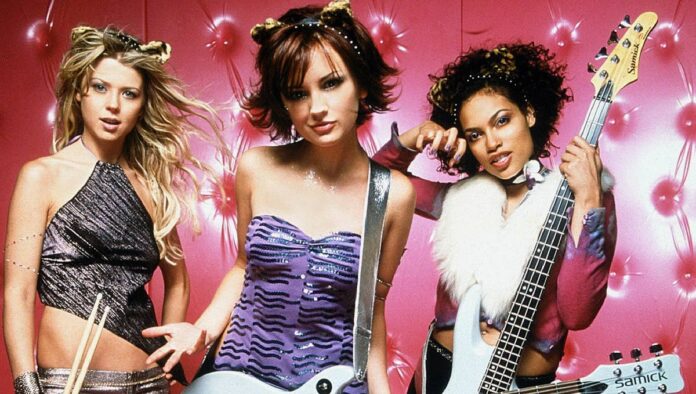 Everybody has those movies that you watch and nobody else seems to get why you like them. But for you, they feel like they are just a little bit ahead of their time and only you can see it. For me that movie is Josie and the Pussycats. The 2001 film based on the Archie Comics characters starred Tara Reid, Rosario Dawson, and Rachael Leigh Cook as best friends who form a pop band that rockets to the top with help of some evil machinations by Alan Cumming and Parker Posey. It took a satirical look at fame, insta-celebrity culture, and of course, shitty MTV pop music, but nobody seemed to “get” it, and the film made just $15M at the box office despite having an absolutely killer soundtrack.

Fast forward 20 years (!!!!!!) and the gals are back together again in a Josie and the Pussycats reunion over Zoom! The trio talk about the film’s cult status and the impact it had on their careers, which was pretty significant. Dawson was arguably the least known of the three back then, but this film helped catapult her. All of them, even Reid, are pretty damn lovable.

Check out the Josie and the Pussycats reunion below, then do yourself a favor and go rent that joint.