Home TV Netflix Finally! We Have News From Hopper On The Set Of ‘Stranger Things’...
Facebook
Twitter 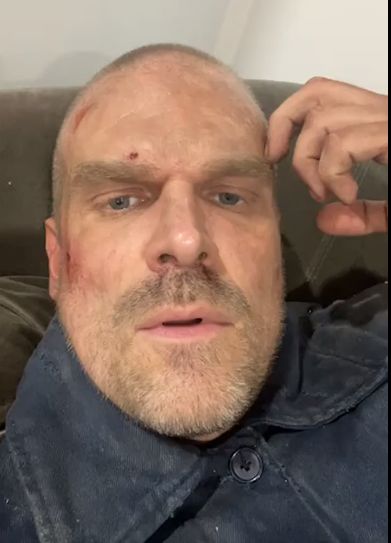 God, it feels like forever since we’ve checked in with the kids from Hawkins, the unluckiest little town in America and home to the smash Netflix series Stranger Things. If you recall, at the end of last season we saw town sheriff Jim Hopper (David Harbour) sacrifice himself to save the town, only for his survival to be hinted at in a credits scene. It wasn’t “really” confirmed, but it did appear he was in a Siberian prison camp held by the Russians (because, you know, the 80s).

We got confirmation that they are currently filming the new season AND the confirmation of the worst kept secret on Netflix, Hopper is not dead. This news came via this adorable instagram live video where Harbour, who is one of the 9 kings of social media, talks about how tough his day on set has bid while sporting some really gnarly makeup making it look like he hasn’t slept in days. A little more then halfway through he calls in Millie Bobby Brown, who plays his psychic adopted daughter and government test subject, Eleven. What’s striking is that Brown states she’s recently been filming but is not sporting the usual look, making me think that it’s been some time since the timeframe setup in season 3 when we rejoin the group in season 4. Honestly, it’s the only thing that makes sense, with COVID these kids would have ALL visibly aged too much to say it takes place right after what we last saw.

Check out the clip below and tell us what you think!