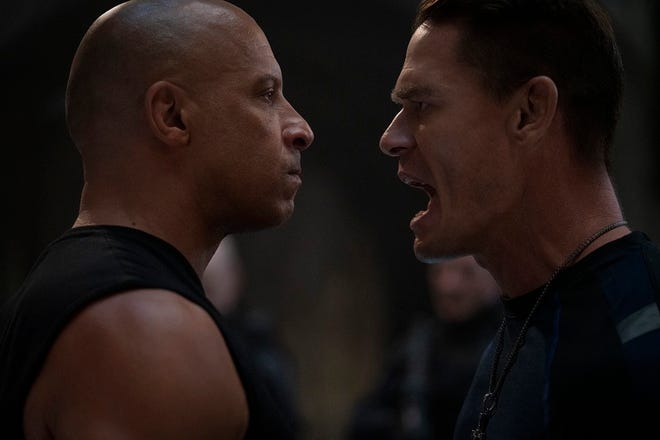 As they’ve been telling us ad nauseum since the franchise started two decades ago, The Fast and the Furious is all about family. That makes it a little weird that Dom Toretto (Vin Diesel) hasn’t mentioned his brother Jakob, who happens to be the world’s deadliest assassin. We get to see this awkward family reunion in the imaginatively titled F9, which finally arrives this summer after a year-long delay.

The latest F9 trailer is exactly what fans of these movies, of which I am definitely one, expect. Gravity-defying car stunts (magnet cars!!), logic-defying returns from the grave (Hello, Sung Kang’s Han!!), and maybe even a trip into space. Charlize Theron is back as the villain Cipher, who continues to be a thorn in the team’s side, except now she’s got Jakob as her muscle. And since he’s played by John Cena those muscles are considerable.

Also coming back into the fold are Lucas Black, Jason Tobin, and Bow Wow from the franchise’s greatest entry, Tokyo Drift. Helen Mirren returns as Magdalene Shaw, as well, with Cardi B and Michael Rooker making their debuts. That Rooker guy gets around, doesn’t he?

Vin Diesel’s Dom Toretto leads a quiet life off the grid with Letty and his son, little Brian, but they know that danger always lurks just over their peaceful horizon. This time, that threat will force Dom to confront the sins of his past if he’s going to save those he loves most. His crew joins together to stop a world-shattering plot led by the most skilled assassin and high-performance driver they’ve ever encountered: a man who also happens to be Dom’s forsaken brother, Jakob (John Cena, next year’s The Suicide Squad).