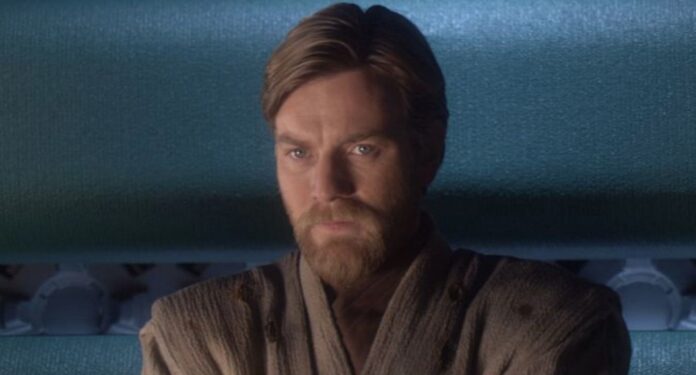 Regardless of your stance on the Star Wars prequels, the one thing everyone can agree on is the excellence observed in Ewan McGregor’s performance as the galaxy’s finest Jedi Master, Obi-Wan Kenobi. In the years that have passed since 2005’s Star Wars: Revenge of the Sith the disdain for those films has matured into an appreciation, if not love, from the younger generation. All this coming together made it no surprise that when Disney+ announced their slate of upcoming series, Obi-Wan Kenobi, was one of the most anticipated, especially when it was confirmed that Ewan McGregor would be resuming the role beloved by all. McGregor is in the midst of his training and preparation for the series that TheHollywoodReporter sat down and discussed ‘Kenobi’, McGregor’s epic career, and his upcoming Netflix Original, Halston.

McGregor was more then forthcoming about everything from his views on intimacy coordinators on set to his feud with Danny Boyle. If you want a deep dive on his career I’d fully recommend clicking the link above. There was only one thing I wanted out of the interview and that was to find out any tidbits I could about production of Obi-Wan Kenobi. The big question has been surrounding the story. We all know that Kenobi spent the 20 years between Episodes III and IV in exile on Tatooine watching over young Luke, and while seeing a few fights with the Sand People could be cool, it’s not enough for a full series. The other weird thing was hearing about Hayden Christensen reprising his role as Darth Vader. Why cast Christensen just to put him in the suit? They were clear about him being cast as Vader, and not Skywalker, but it just didn’t make sense. My hope has always been that the series will rely heavily on flashbacks, filling in the gaps of the legendary Skywalker/Kenobi friendship…something we only got a feeling for through comics and animated series.
While there was no clear confirmation or any details about the series at all really, reading between the lines tells us that the series will be more action-packed adventure then philosophical soul searching. When discussing where he currently was in prep, McGregor had this to say:

“For months, we’ve been doing these monster, two-and-a-half-hour sessions of sword fights and hand-to-hand stuff,”

Maybe it’s the optimist in me, but that much training can only mean constant and varied action, the kind one would encounter in a long campaign through a war zone. I simply don’t see how they could conviningly show Kenobi fighting, episode after episode, while keeping a low-profile on Tatooine. Add to that the casting of Christensen, who would have been more expensive then just having a stuntman in the suit, seals my thought that this series is only going to be bookended in Kenobi’s present on Tatooine.