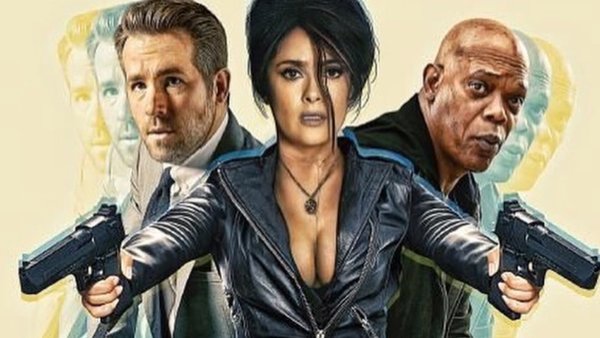 Samuel L. Jackson and Ryan Reynolds are together again for The Hitman’s Wife’s Bodyguard, and you’ll be able to see it two months earlier. Lionsgate has announced the sequel to 2017’s The Hitman’s Bodyguard will open on June 16th, right at the beginning of summer. The film had previously been set for August 20th.

Originally due to open last year on August 28th but delayed because of COVID-19, The Hitman’s Wife’s Bodyguard is a major film for Lionsgate as they look to create a hit homegrown franchise. The Hitman’s Bodyguard was an unexpected R-rated smash, earning $176M worldwide as people flocked to hear Jackson and Reynolds launch a fusillade of expletives.

Once again behind the camera is Patrick Hughes, from a script co-written by Tom O’Connor, who also penned the first movie.