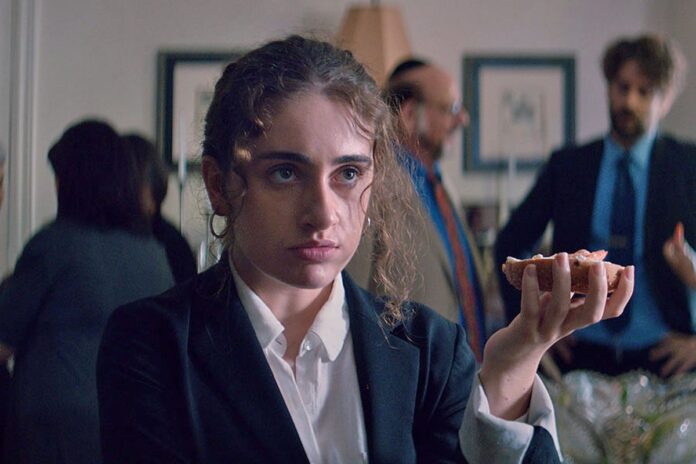 A sugar baby runs into her married sugar daddy at a funeral, with her ex and all her judgmental family members glaring at her from across the room. If this awkward premise sounds intriguing then you will love the new trailer for Shiva Baby from Utopia Media.

If this film isn’t on your radar, it should be. The first feature of writer/director Emma Seligman premiered online at the 2020 South by Southwest festival. It also competed at Toronto Film Festival and was rated the second-best screenplay by critics at the festival, after One Night in Miami. With critics’ support and festival exposure, Shiva Baby already has a 98% on Rotten Tomatoes. This film has indie darling written all over it.

Shiva Baby streams On Demand and in theaters April 2nd.

SYNOPSIS: A near college graduate, Danielle, gets paid by her sugar daddy and rushes to meet her neurotic parents at a family shiva. Upon arrival, she is accosted by various estranged relatives about her appearance and lack of post-grad plans, while her confident ex-girlfriend, Maya, is applauded by everyone for getting into law school. Danielle’s day takes an unexpected turn when her sugar daddy, Max, arrives at the shiva with his accomplished wife, Kim, and crying baby. As the day unfolds, Danielle struggles to keep up different versions of herself, fend off pressures from her family and confront her insecurities without completely losing it.