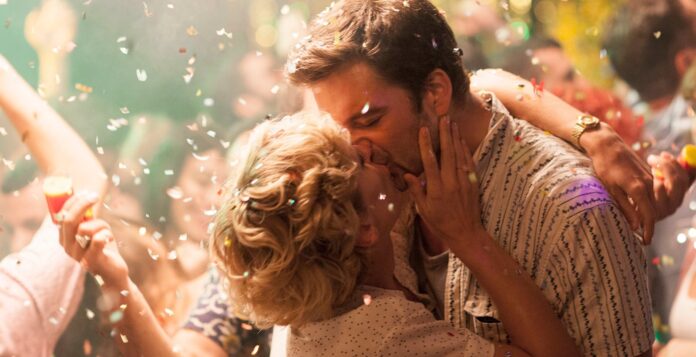 Movies that sweep us away from the homes we’ve been sheltered in for a year are more crucial now than ever. And that feeling of being somewhere else, someplace exotic, and having a whirlwind of a time is going to be part of the attraction to Argyris Papadimitropoulos’ latest film, Monday. The other reasons are its stars: Sebastian Stan and Denise Gough.

After we’ve seen him suit up again as Bucky in Falcon and the Winter Soldier, Stan will take a trip to Athens for a steamy summer fling opposite Gough. She is probably best known for her performances in The Other Lamb, The Kid who would be King, and her Tony-nominated role in Angels in America.  The film marks Papadimitropoulos’ first since 2016’s festival darling Suntan.

Here’s the synopsis: Mickey (Sebastian Stan) and Chloe (Denise Gough), two Americans in their mid-thirties living in Athens, meet in the heat of summer one whirlwind weekend. The chemistry between them is undeniable. When Chloe’s time in Greece is drawing to a close, she decides to give up her high-flying job back home and explore whether one weekend’s passion can blossom into something more. Argyris Papadimitropoulos’ follow-up of the festival sensation Suntan is a fun, sensuous romance about how love gets in the way of life, and life gets in the way of love.

Monday opens in theaters and digital on April 16th, having made its world premiere at last year’s TIFF.