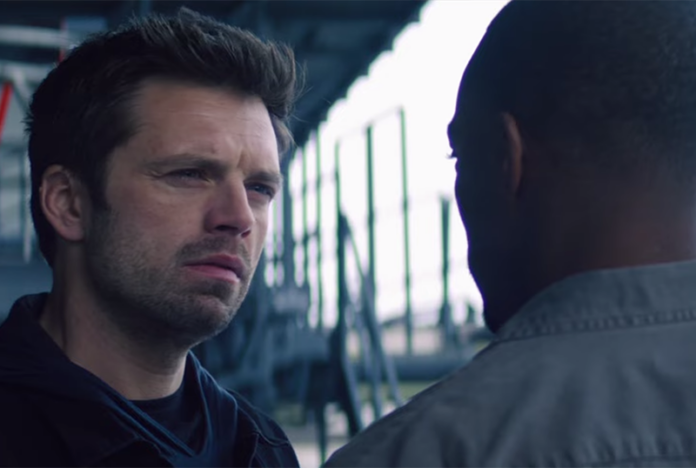 I don’t envy the people having to follow behind WandaVision, one of the most popular and creatively ambitious projects Marvel Studios has ever done. And then right on its heels is Falcon and the Winter Soldier, which looks…well, like it’s just there to provide the comforting superhero action fans were used to be they started enjoying the sitcom adventures of a chaos witch and her synthezoid lover.

If there’s something working in Falcon and the Winter Soldier‘s favor its stars Anthony Mackie and Sebastian Stan, who as Sam “Falcon” Wilson and Bucky “Winter Soldier” Barnes have shown they have the buddy comedy act down pat. This series finds the sparring duo taking on the returned evil of Baron Zemo (Daniel Bruhl), facing the extreme patriotism of USAgent (Wyatt Russell), and facing the legacy of Captain America. Will we know who the right guy to carry the shield is by the finale?

In the two new clips that have been released, Sam and Bucky squabble like buddies do. The second clip is funny because not only does Sam namecheck “Redwing”, who in the comics is his loyal bird that he shares a telepathic link to. He also mentions the “Big 3″, which are “androids, aliens, and wizards”, the only kind of people they seem to run into.