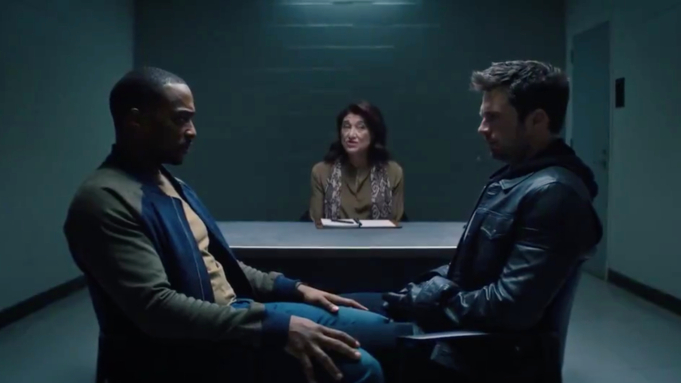 There’s a moment in the new trailer for The Falcon and the Winter Soldier where Sam (Anthony Mackie) slings Captain America’s shield, and they cut away to Bucky Barnes (Sebastian Stan) catching it.

That’s pretty much what this series is going to be about, isn’t it? Who is going to carry the shield of Captain America into the future? The patriotic vibe, as well as Cap’s legacy, are all throughout this trailer for the upcoming Disney+ series. Also, the antagonistic nature of the relationship between the two Avengers, who both happen to be Cap’s pals, is also prevalent. Clearly, this is going to be a show that leans heavy on their oil and water dynamic, while also providing propulsive, kick-ass action. Even Emily VanVamp, back in her role as SHIELD agent Sharon Carter, looks ready to roll.

Also in the cast are Daniel Bruhl who is back as villain Baron Zemo, Wyatt Russell as John “USAgent” Walker, Don Cheadle as James “War Machine” Rhodes, and Georges St-Pierre back as Batroc the Leaper.

The Falcon and the Winter Soldier hits Disney+ on March 19th.