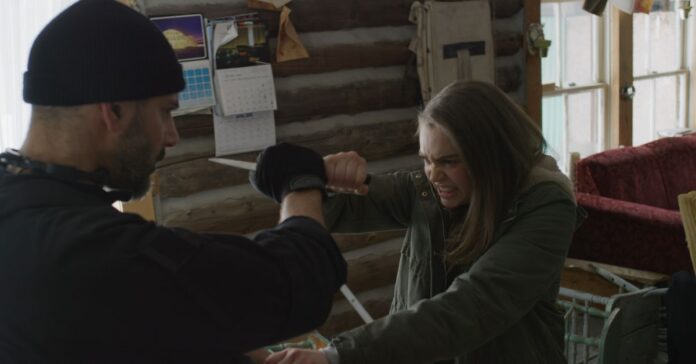 Super-powered mutants, shadowy government organizations. It sounds like a Marvel Comics storyline for the X-Men, doesn’t it? Well, it’s not, but their fans may want to take a look at Enhanced, a new film from stuntman-turned-director James Mark (Shazam, Scott Pilgrim vs. the World) that is giving off some serious comic book vibes.

Starring George Tchortov (Molly’s Game), Chris Mark and Adrian Holmes (The Boys), and Alanna Bale (Good Witch), the sci-fi film centers on an elite military group tasked with capturing fugitive mutants. When one evil escapee starts killing other mutants to gain their powers, an unlikely partnership is formed to bring him.

Enhanced will be available on VOD beginning March 26th courtesy of Vertical Entertainment.

George Shepherd is part of an elite private military unit that specializes in capturing mutant fugitives. When David, a super mutant, claims vengeance against the government, he gains power by eliminating his enhanced allies, getting stronger each time he kills others like him. On the cusp of total domination, George must join forces with an unlikely partner to end David’s killing spree.