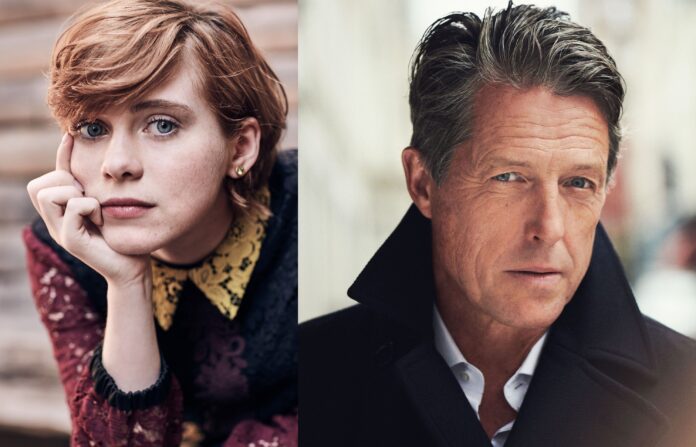 The upcoming film adaptation of the iconic role playing game Dungeons & Dragons is building a cast to rival it’s own level of fame and has added two more names to it’s mage’s bag of tricks (mage’s bag…that’s probably a thing, right?). Hugh Grant and Sophia Lillis (IT) have officially signed on to venture into a far away realm of high adventure and mysticism we’ve just learned. Up and comer Sophia Lillis was cast in a yet to be revealed role. Grant, who has recently been choosing roles outside of his usual wheelhouse and killing it, will play the films villain and honestly I can’t wait to see what he does with it. There’s no word on the plot yet, so we don’t have source material to provide clues on what to expect and that’s why this is so exciting.

Thinking of Hugh Grant I can only see him playing a hammy, over the top, type of baddie…like a better looking Dr. Evil, but that doesn’t seem to vibe with the buzz indicating a serious take on the world of D&D. I mean, they did that before with the version that came out in 2000 and starred Jeremy Irons and Marlon Wayans, it sucked. The difference between now and then is that 21 years ago playing D&D still wasn’t “cool”, the geek hath inherited the earth since that time and there’s no way that Hollywood would take such a beloved property and blatantly treat it with anything less then total respect, they know where their bread is buttered. So that only leaves one option, Hugh Grant playing a legitimately evil character and that, my friends, is something I want to see.

Paramount and eOne are producing and have already assembled a cast of superstars to surround Grant and Lillis including Chris Pine, Michelle Rodriguez, Justice Smith and Rege-Jean Page. The history of iconic games turned films is dark and full of letdown and heartache (I’m looking at you WoW movie), so here’s hoping that streak is broken like a dark wizards curse.

Victorian Magic, Mysticism, and Intrigue Abound In The Trailer For Netflix’s ‘Shadow and Bone’