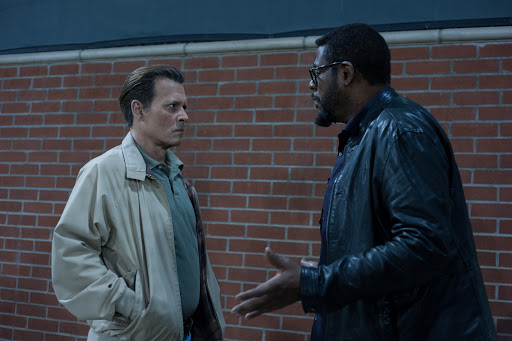 Here is the case of a film that has been delayed a long time, and it has nothing to do with COVID-19. Instead, the it was a combination of money and the toxic public persona of Johnny Depp that led to City of Lies being on the shelf since 2018. But now, the intriguing Notorious B.I.G. and Tupac film is actually being released, with a new trailer reminding us of its existence.

City of Lies centers on the investigation into the murder of rapper Christopher Wallace aka Biggie Smalls and Tupac Shakur. Depp plays the LAPD investigator with Forest Whittaker the journalist who teams up with him to find the truth.  The film was directed by Brad Furman, the filmmaker behind The Lincoln Lawyer and Runner Runner.

Originally due to be released in 2018, City of Lies was pulled and sold to another company when the initial one hit financial troubles. Then, there was a lot of negative heat on Depp over his personal drama, and, well, so you’ve got a movie three years in the can and only now being released on VOD on March 19th.

Based on the book, LAbyrinth, by Pulitzer Prize-winning author Randall Sullivan, this compelling crime-thriller follows the investigation into the infamous murder of iconic rap artist Christopher Wallace aka The Notorious B.I.G. Oscar® nominee Johnny Depp stars as determined LAPD detective Russell Poole, who spent nearly 20 years trying to solve the murder, and Oscar® and Primetime Emmy® winner Forest Whitaker as Jack Jackson, a journalist who teams up with Poole in search of the elusive truth. Together they explore why the case remains cold — and why a secret division of the LAPD is seemingly set on keeping it that way.