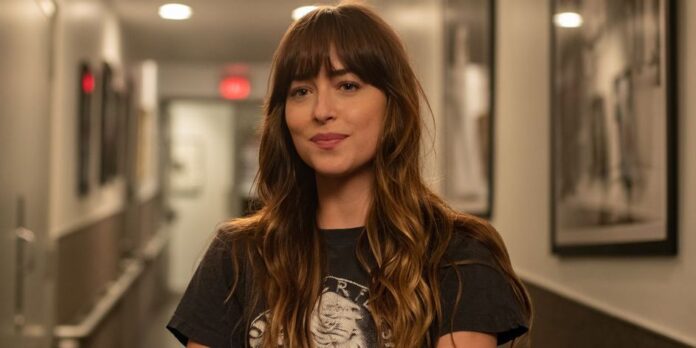 Cooper Raiff might not be a name you’re familiar with, but that could be about to change. Following his award-winning SXSW film Shithouse (which we reviewed here), Raiff is on to better things and working with his biggest star yet, Dakota Johnson, on a new film titled Cha Cha Real Smooth.

Deadline reports Dakota Johnson will star in Cha Cha Real Smooth, which Cooper Raiff will star in, direct, and write the screenplay for.  Both Johnson and Raiff will also produce the film which follows “a bar mitzvah party starter — a guy who gets the young crowd dancing and having fun — while he separately strikes up a friendship with a young mother (Johnson) and her autistic daughter.””

Johnson has taken steps to get as far from the Fifty Shades movies as possible, starring recently in smaller projects like The Hight Note, Our Friend, and The Peanut Butter Falcon. She’ll be seen next in Maggie Gyllenhaal’s The Lost Daughter, then in Am I Ok? from directors Tig Notaro and Stephanie Allynne.