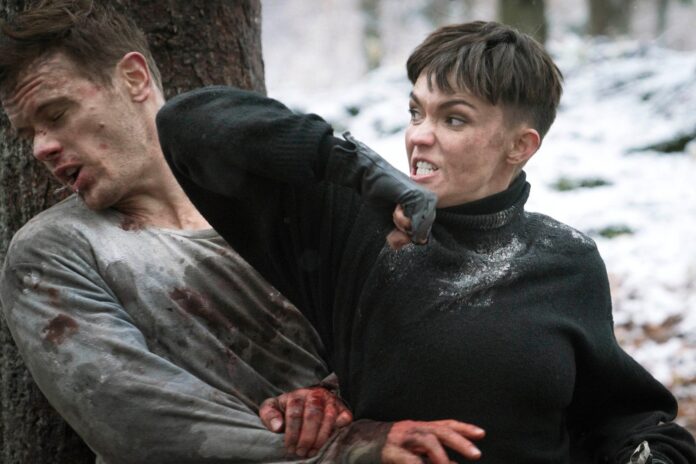 What happens when the stars of Outlander, Batwoman, Ant-Man & the Wasp, and Planet of the Apes get together on the same train? A shitload of action, that’s what. SAS: Red Notice stars Sam Heughan, Ruby Rose, Hannah John-Kamen, and Andy Serkis in an action thriller that’s pretty basic in premise: terrorists attack a moving train and it’s up to a badass special forces dude to stop ’em.

Aside from the previously mentioned cast, the film includes Tom Wilkinson, The Umbrella Academy‘s Tom Hopper, and Noel Clarke, with direction by Magnus Martens, best-known for his work on The Walking Dead franchise.

SYNOPSIS: Tom Buckingham (SAM HEUGHAN), a special forces operator, is taking Dr. Sophie Hart from London to Paris to propose. When their train is deep inside the Channel Tunnel, Grace Lewis (RUBY ROSE) and her team of heavily armed war criminals seize the train and hold hundreds of passengers hostage. Grace threatens to expose the British governments darkest secrets and blow up the Channel Tunnel if her ransom demands are not met. Unarmed and cut off from his counter terror team, Tom is the only hope that Sophie and the other passengers have to make it out alive. Based on the best-selling novel by former SAS operator Andy McNab, SAS: RED NOTICE is a provocative and authentic portrayal of an emergency response operation and the singular mindset Tom needs to survive.