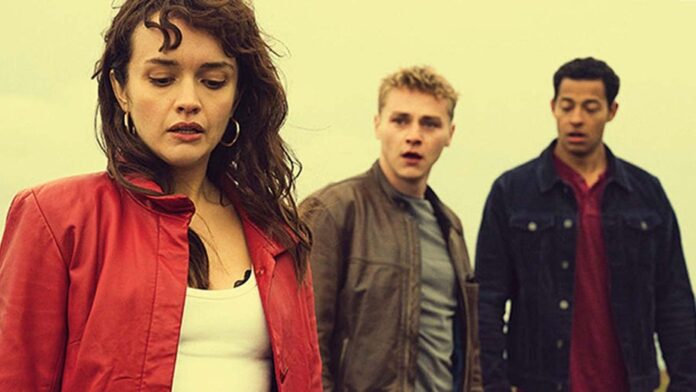 Full disclosure: I’m here for pretty much anything Olivia Cooke does. Bates Motel, Sound of Metal, Ready Player One, Me and Earl and the Dying Girl. You name it. She’s got one of the best movies of the year out right now in Little Fish. And so my expectations are super high for Irish crime comedy Pixie, which has Cooke starring in what looks like something Guy Ritchie fans will love.

Directed by St. Trinians filmmaker Barnaby Thompson, Pixie stars Cooke as a young woman still reeling from her mother’s death. To get revenge and hopefully leave her small-town Irish home behind, she gathers a ragtag group to pull off a heist, only to find themselves on the run from a crime ring of priests and nuns.

This looks like a blast. The cast includes X-Men: Apocalypse actor Ben Hardy, Daryl McCormack, the always-great Colm Meaney (can you make an Irish movie without him?), and Alec Baldwin as the crime boss Father Hector McGrath in what looks like a great role for him. But the draw is definitely Cooke, in a role that looks to be spirited, sexy, and tough.

Pixie opens in select theaters and VOD on March 5th.

Olivia Cooke (Ready Player One) and Alec Baldwin (The Departed) star in this action-packed crime story set in Ireland. On a path to avenge her mother’s death, Pixie Hardy (Cooke) attempts a heist that will give her the means to leave her small-town life behind. When the plan goes horribly wrong she’s forced to team up with a pair of misfits who are clearly in over their heads. On the run from an organized gang – criminal priests and nuns, led by Father McGrath (Baldwin) – the trio will scheme and swindle anyone they come across in this hilarious and thrilling adventure.