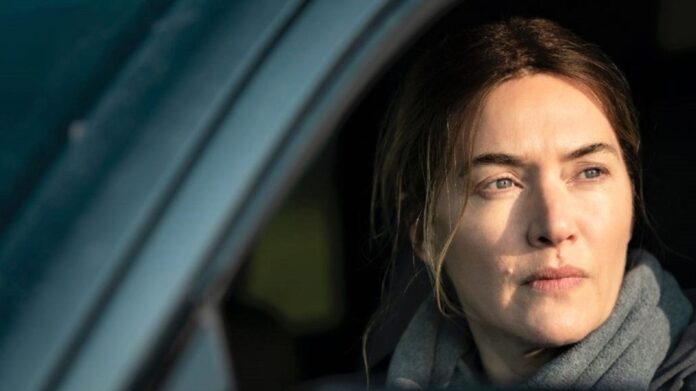 The small screen has really become a home for female-led crime dramas and mystery thrillers, with everyone from Nicole Kidman, Reese Witherspoon, and Elisabeth Moss bringing them a wealth of talent and prestige. Now it’s Kate Winslet’s turn with Mare of Easttown, a small-town murder mystery series directed by Craig Zobel and created by Out of the Furnace writer Brad Inglesby.

Mare of Easttown stars Winslet as Mare Sheehan, a Pennsylvania detective investigating a local murder that has shook the town to its core. Meanwhile, her personal life begins to crumble apart.  It’s a familiar set-up, one fairly reminiscent of Big Little Lies and Top of the Lake, and it’ll be interesting to see what Winslet, Zobel, and Inglesby can bring to it. The rest of the cast is stellar, too, with Jean Smart, Julianne Nicholson, Angourie Rice, that Quicksilver dude Evan Peters, Cailee Spaeny, and David Denman co-starring.

Zobel directs all seven episodes, having stepped in to replace Gavin O’Connor (The Accountant) who remains as exec-producer.  At the very least, Zobel won’t have to worry about this series becoming a political football like his previous film, The Hunt, did last year.

Mare of Easttown debuts on HBO and HBO Max on April 18th.