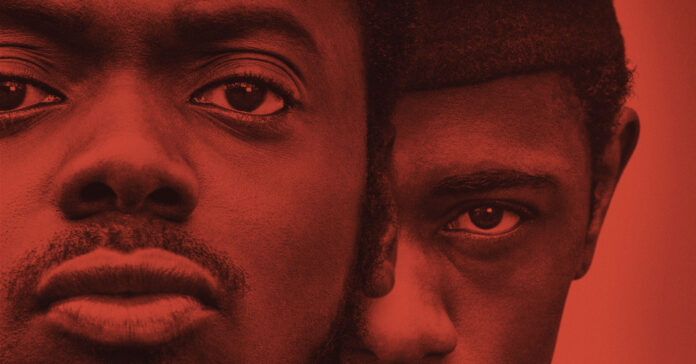 We’ve seen quite a few movies lately on COINTELPRO, such as the recent Kristen Stewart-led Seberg, which chronicle the FBI’s attempts to smear, disrupt, and destroy elements they considered subversive. These groups were inevitably included blacks who pushed for equal rights, high-profile liberals in the media who supported them, and others. Judas and the Black Messiah details one of the bleakest operations ever run by the FBI, pitting Black Panther Party revolutionaries against one another, leading to a betrayal that shook the foundations of the civil rights movement.

Shaka King’s Judas and the Black Messiah is partially the story of Black Panther leader Fred Hampton (Daniel Kaluuya), a fiery, powerfully-voiced champion who works for the community and seeks to unite the various Illinois groups into a cohesive force. That scares the shit out of the U.S. government, and so they start looking for ways to take him down, either through imprisonment, public destruction, or death.

The titular “judas” is William O’Neal (Lakeith Stanfield), and the film is mainly seen from his perspective. A petty criminal who we’re introduced to as he’s caught impersonating an federal agent in order to stick-up other powerful Blacks, O’Neal has self-interest on his mind when recruited, or forced, into turning snitch against Hampton. Working his way into the Black Panthers’ inner circle, O’Neal quickly befriends Hampton, earns the trust of most of the others, and even begins to see things their way.

In King’s sophomore feature, he presents the most complete telling of the Hampton/O’Neal saga ever captured on screen.  This is an epic tale of the hidden battles waged in the war for civil rights, as Hampton and other leaders within the movement faced the enemies they knew and those they didn’t see coming. King doesn’t show a lot of sympathy toward O’Neal, but there’s recognition of the bind he finds himself in. Being so close to Hampton, and seeing that he could actually change things, O’Neal begins to believe in his message just enough to rankle the feathers of his FBI handler Roy Mitchell (Jesse Plemon). Mitchell, an all-business type, tells O’Neal a story about the work he did in rooting out the KKK, as if that makes him always on the side of good. It’s a convincing story that O’Neal buys just enough to keep selling out the Panthers at every turn.

Clocking in at around 2 hours in length, Judas and the Black Messiah tells a big story, and King, who co-wrote the script, acquits himself well in capturing how relevant Hampton’s story is today. In fact, depictions of Hampton are having a moment during this awards season, as Kelvin Harrison Jr. played him in The Trial of the Chicago 7. The events of that legendary court case aren’t even mentioned in King’s film, which has so much going on already that you don’t miss it.  It just goes to show how full of a life Hampton led, which makes it all the more impressive how much we see of him on a personal level. Yes, he’s a charismatic visionary taking aim the political structure holding Black people back, but we also see his nurturing relationship with Deborah (Dominique Fishback), a fellow activist and the mother of his child. Refusing to treat his colleagues as mere foot soldiers, Hampton leans on them as equals, brothers and sisters in the fight. And that includes Hampton, a weasel who can’t spend his blood money fast enough.

Because Stanfield is such an amazing actor, we want to find any reason to like O’Neal. He’s a pretty atrocious human being, though. He’s a snitch who turned on his own people for a quick buck. The circumstances behind it, sure he was stuck between a rock and a prison cell, don’t really matter so much. Stanfield makes easy work of such a slippery character, though, finding all of the angles within a man who sold out Hampton for what amounted to just a few hundred dollars.

Judas and the Black Messiah ends in powerful, haunting fashion, seen through a series of addendums about the impact of O’Neal’s treachery. The greatest of these is on the civil rights movement itself, losing such a commanding voice at a time when it was needed most. Hampton’s legacy lives on, however, in the protests that rage in our streets today, while O’Neal’s ignominious fate reads like a warning straight out of Biblical times.