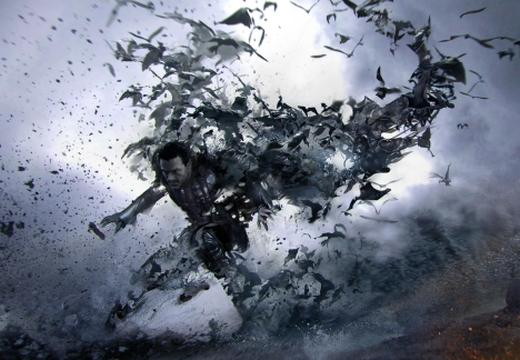 It’s already a pretty big leap to go from solemn, intimate dramas like The Rider and Nomadland to a gigantic Marvel epic such as Eternals. So it’s not so strange to learn that director Chloe Zhao is next going to take on a classic Universal monster, Dracula, except her version will be very different.

THR reports Zhao will direct Universal’s upcoming Dracula film, except her version will be a “futuristic, sci-fi Western.”  Yes, you read that right. Her film will focus on themes of “being on society’s fringes”, which…sure, I guess you could say that’s true of Bram Stoker’s iconic bloodsucker.

Zhao says, “I’ve always been fascinated by vampires and the concept of the Other they embody. I’m very excited to work with Donna, Peter, and the team at Universal to reimagine such a beloved character.”

This is definitely going to be weird. I don’t know how this is going to go, but I guess it has to be better than Universal’s most recent attempt at a reboot with 2014’s Dracula Untold. That film was supposed to launch the Dark Universe brand, but failed to generate enough interest. I actually thought Luke Evans was pretty good in that.

Anyway, Zhao’s thing will be all by itself, but it joins a bunch of upcoming horror flicks from Universal since the success of The Invisible Man, including The Wolfman from Leigh Whannell, Paul Feig’s Dark Army, and Elizabeth Banks’ The Invisible Woman.

There are other Dracula projects rising from the grave everywhere. Destroyer director Karyn Kusama has one in the works, and the long-developing Last Voyage of the Demeter just found its star. Is it too much attention on the lord of all vampires? Maybe, but as long as each approach is different, it shouldn’t matter.