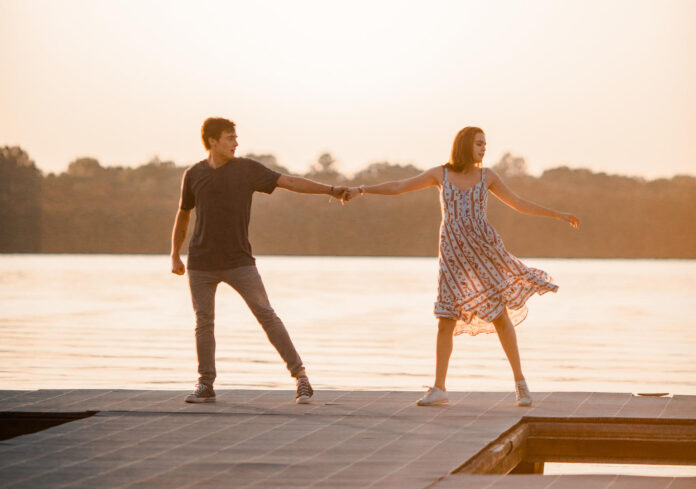 Troubled teens, catchy pop tunes, Christian summer camps, and lots of dancing. Netflix’s A Week Away could be the latest YA hit for the streamer, and it’s half as successful as To All the Boys it could be a tune we’ll be hearing for a long time to come.

The film stars Kevin Quinn as Will, a kid who finds himself in trouble with the law, but is given the kind of option reserved for characters in Hollywood movies. He can either go to a juvenile detention center or attend a Christian summer camp. Shocker!! He chooses the latter, and winds up falling for Avery (Bailee Madison), a camp regular who helps him open his heart to love.  Awwww shucks!

This, obviously, isn’t my normal cup of tea but I’ve been a big fan of Bailee Madison since her early roles in Brothers, Bridge to Terabithia, and Don’t Be Afraid of the Dark. She’s stepping up to more mature roles now, and even has an exec-producer credit on this film.

A Week Away hits Netflix on March 26th, accompanied by a full soundtrack released a week earlier that includes artists Johnnyswim, Tauren Wells and Riley Clemmons. That soundtrack is available for pre-order beginning February 26th, with the early release of three singles. Please check out Netflix’s official website here for more info.

Troubled teen Will Hawkins (Kevin Quinn) has a run-in with the law that puts him at an important crossroad: go to juvenile detention or attend a Christian summer camp. At first a fish-out-of-water, Will opens his heart, discovers love with a camp regular (Bailee Madison), and a sense of belonging in the last place he expected to find it.

Interview: Bailee Madison On ‘The Strangers: Prey At Night’, Her Love Of Horror, And More

Review: ‘The Strangers: Prey At Night’ Is Worth The Wait For Horror Fans