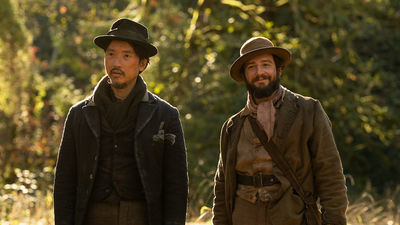 The end-of-year awards are here, and the New York Film Critics Circle came armed with some big surprises. Perhaps the most shocking of all is Kelly Reichardt’s First Cow winning Best Film. The period drama about a chef and a Chinese immigrant trying to make something of their lives in 1820s Oregon is, typical of a Reichardt film, quiet and well-regarded among film critics even if it continues to allude mainstream audiences.

And in news that makes me personally very happy, Cartoon Saloon’s Wolfwalkers won Best Animated Film in what I hope is a sign of things to come.

Special Award
Kino Lorber, for their creation of Kino Marquee, a virtual cinema distribution service that was designed to help support movie theaters, not destroy them