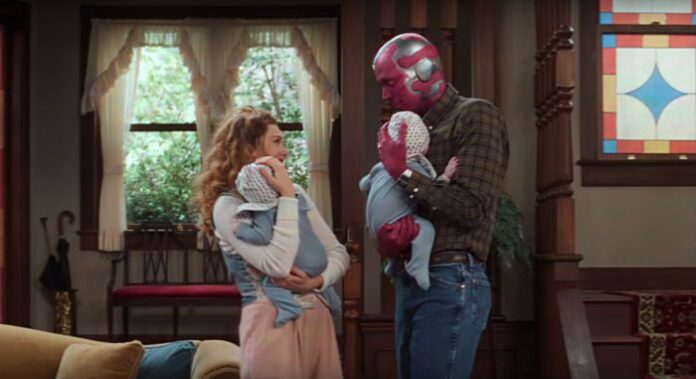 It’s clear that Phase 4 of the Marvel Cinematic Universe is all about the multiverse, and it begins with WandaVision. But beyond that, we know the Disney+ series will connect the Scarlet Witch’s story to the upcoming films Doctor Strange in the Multiverse of Madness, and Spider-Man 3. How far does it go after that, though? Could it possibly involve others in Wanda’s family?  Kevin Feige ain’t telling, at least not yet and not to Rotten Tomatoes.

“The title of the next Doctor Strange movie is Doctor Strange in the Multiverse of Madness, so that is our biggest clue that that movie will embrace the Multiverse and the madness therein, very directly,” Feige said. “There are, as we always like to do, connections before and after that, which will remain to be seen and discovered. But it seemed appropriate that it would be Doctor Strange that takes that on in the most direct way.”

When asked whether this could somehow reintroduce Wanda’s brother Quicksilver, and her “father” Magneto, Feige played coy…

Feige continued, “There are other characters in other episodes of this show. Who they are, what they are, not worth discussing right now.”

I think it’s all but a certainty that we’ll see Quicksilver, in some way, represented in WandaVision. All of this multiverse stuff has me wondering if maybe the Evan Peters version from the Fox X-Men films could somehow show up.

As for Magneto…I’m inclined to think Marvel will disconnect him from Wanda and Pietro, as they’ve done in the comics. I don’t think he’ll show up in WandaVision, or even be alluded to, but at this point it’s hard to discount anything because the show has been full of surprises already.