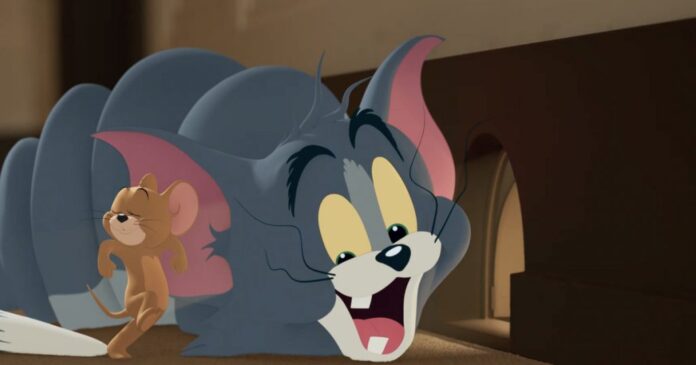 There are some cartoon properties that have aged better than others. The formula created by the classic Tom & Jerry cartoons, that is using comic violence to keep kids entertained, has been frowned upon and even satirized mercilessly by The Simpsons for decades. But it’s a still a recognizable brand, and no brand dare go unwasted. And so we have a new Tom & Jerry movie, one that Warner Bros. hopes will speak to a brand new audience.

The new Tom & Jerry movie combines hand-drawn animation with live-action, similar to Who Framed Roger Rabbit. It looks to combine two different versions of the infamous animal rivals. On the one hand, the feline Tom and his mouse frenemy Jerry have parted ways as buds. But during their time apart, Jerry has shacked up inside a swanky hotel on the verge of a fabulous wedding event. Michael Pena plays the hotel manager who needs to have their mouse problem taken care of, with Chloe Moretz as the ambitious employee who hires Tom, unknowing that he and Jerry have been at this cat-and-mouse game for a long time.

Most of the old gags are here, too, including my personal favorite when Tom leaps at Jerry’s mouse hole (where he’s set up a pretty sweet little apartment for himself) only to have it moved so he goes crashing into the wall. It’s so stupid and yet so perfect, only bested by its larger cousin, which is when Bugs Bunny (or Road Runner) moves the train tunnel over a cliff.

Okay, I’m a fan of these old cartoons. This might be fun.