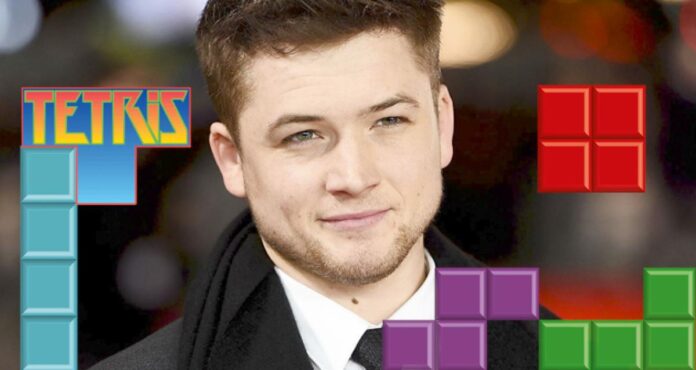 The blocks are all snapping into place. Deadline reports Apple has come aboard Tetris: The Movie, a film that stars Taron Egerton as Henk Rogers, the Dutch video game designer who secured the distribution rights and helped make it a global phenomenon.

Behind the camera is Jon S. Baird, who is best-known for his films Stan & Ollie and the Irvine Welsh adaptation Filth. The film will reunite Egerton with his Kingsman director Matthew Vaughn, who is on board as a producer much as he was for Rocketman, which led the actor to an Oscar nomination.

Noah Pink wrote the screenplay, which will center on the rights battle to distribute Tetris to the masses. In a recent GQ interview, Egerton described the film as similar to The Social Network…

Other roles are being cast as we speak, including Russian software engineer Alexey Pajitnov who actually created Tetris, and British businessmen Robert and Kevin Maxwell. The plan is to begin filming next month.

Taron Egerton Reportedly Set For ‘The Sandman’ Series On Netflix

Seven More ‘Kingsman’ Sequels Could Be Coming, Because Why Not?