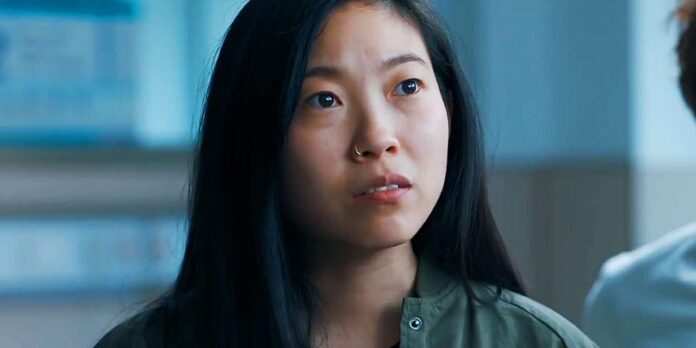 With Crazy Rich Asians, Jumanji, Ocean’s 8, and a Golden Globe win for The Farewell, Awkwafina is on an incredible roll. She has quickly become one of the most sought-after actors around, which makes her casting in the Apple TV+ drama Swan Song a pretty big deal.

Variety reports Awkwafina will join Mahershala Ali and Naomie Harris in Swan Song, after their casting was announced last month. The feature-length debut from writer/director Benjamin Cleary is described as “a genre-bending drama set in the near future that explores how far someone will go, and how much they’ll sacrifice, to make a happier life for the people they love.”

That’s a Hell of a lineup Cleary has assembled, and there should be more to come. Harris and Ali reunite after their acclaimed performances in Moonlight, earning him an Oscar win and her a nomination.

Next up for Awkwafina is voicing Disney’s Raya and the Last Dragon, followed by her first Marvel role in Shang-Chi and the Legend of the Ten Rings. She also has a role in Breaking News from Yuba County, which is the latest film from The Help director Tate Taylor, and she will voice Scuttle in Disney’s live-action The Little Mermaid.