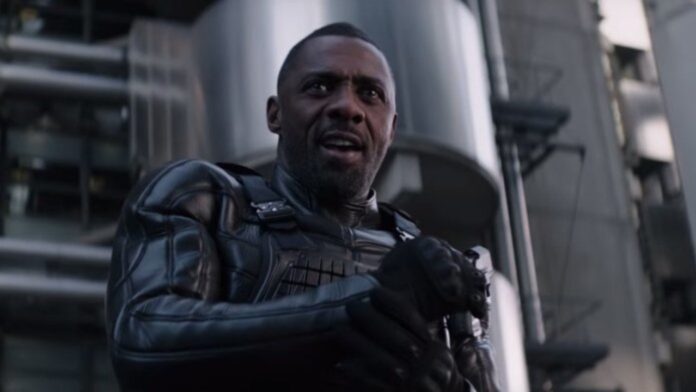 Idris Elba will face a lion in Beast, a survival thriller from Icelandic director Baltasar Kormakur. Details are few, but what do you really need to know other than Elba vs. lion? Deadline describes it as similar to the Blake Lively thriller The Shallows, only without the sharks. Ryan Engle (Rampage) wrote the script based on an original idea from Jaime Primak-Sullivan. Super-producer Will Packer is on board, as well. Kornakur knows a thing or two about the survival genre, having previously directed Everest, Adrift, and The Deep.

The name Benjamin Cleary might not be familiar, but the Oscar-winning short film director is about to make his feature debut with Swan Song, and he’s lined up a pair of stars any filmmaker would kill for. Deadline reports Mahershala Ali and Naomie Harris will lead the film, which is set in the near future and looks at the lengths someone will go for the people they love. Ali will play Milo, with Harris as his wife and true soulmate, Poppy. This will be a reunion for Ali and Harris who starred together in Barry Jenkins’ Moonlight, earning Ali an Oscar win. Swan Song has already been acquired by Apple, but a start date has not been set.

Netflix is keeping it in-house with the upcoming film, Uglies. Joey King, a network favorite for a pair of The Kissing Booth movies, and director McG, who has made his last three movies there including The Babysitter, are both part of this new project based on Scott Westerfeld’s sci-fi book series. Uglies is set in a future when people are forced to undergo radical cosmetic surgery at the age of 16 to be a “pretty”. King plays a young woman whose best friend refuses the procedure and runs away, leading to an exploration of what the dark side to being pretty really looks like. King has been pushing hard to make this movie a reality, and undoubtedly will want to see its three sequels adapted into a franchise. Since she is also a producer, King will have a hand in making that happen.