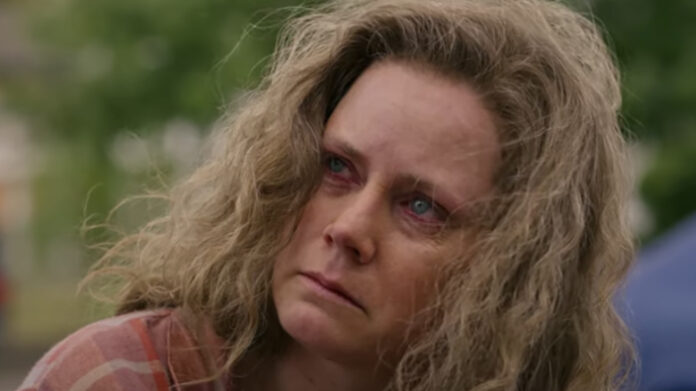 I’ll be straight-up: I hate J.D. Vance’s book Hillbilly Elegy. The 2016 memoir became the go-to shorthand for political pundits looking to excuse Trump voters in the midwest, citing economic concerns or other bullshit mumbo-jumbo, while painting liberals as dismissive and judgmental. Remember how the media spent the last four years talking to white rural Trump voters in diners? That was this book in a nutshell, and there was no way a film adaptation was going to do much to change that. Unless Ron Howard was the director, and given his inoffensive, everybody can get-a-long approach to pretty much everything, the biggest sin Netflix’s version commits are shaky accents and a lack of subtlety.

To read Vance’s novel, one gets the impression that he wrote it less to explain the people he saw struggle growing up, but to pat himself on the back for getting away from them and finding success. The book dives into the “rot” that plagued the people of his Appalachian community, who were devastated by recession and the opioid crisis. But Vance pulled himself up by his bootstraps (a saying which as never made sense), overcame it all, and went on to Yale law school before opening up his own venture capital firm or something. That and becoming a TV pundit, of course. It was these explorations, done in easily-digestible generalizations, that caught on like wildfire and made Vance a celebrity of the moment.

Ron Howard has very little actual interest in the ugly stuff, though. He glosses over showing the drug use that cripples Vance’s mother, Bev, played by Amy Adams in a huge display of Serious acting. Glenn Close spits fire as Vance’s favorite tough-love Mamaw, sporting a moppy wig and a jaw so slack it’s like it came off the hinges. Both Adams and Close are here because the performances are meant to be so big they swallow everything else up. Certainly, Gabriel Basso as Vance himself doesn’t have the screen presence to keep up. On the other hand, Owen Asztalos is quite convincing as young Vance, who pinballs between his mother and Mamaw depending on the former’s sobriety. When Bev gets so high she literally skates through the halls of the hospital she works at, thus getting her ass fired, it’s time for the boy to go stay with the elder for a while.

Don’t get me wrong, Adams and Close’s scenery-chewing is helpful in balancing out Howard’s colorless direction. It’s funny that the guy who “grew up” in Mayberry has no feeling for rural folk, but he doesn’t seem at all comfortable with the characters, other than adult-aged Vance who has put those people behind him. He has one moment of stark honesty and genuine emotion, during a dinner meeting with other Yale big-wigs who insult his Ohio upbringing. So the two leading ladies do much of the heavy lifting. Between all of Bev’s screaming, yelling, and self-destructive tendencies is a woman who shows flashes of the loving mother Vance knows she can be. Close is even better, evolving Mamaw from a one-note stereotype into a figure of great dimension, someone we can believe Vance would idolize.

Penned by The Shape of Water‘s Vanessa Taylor, Hillbilly Elegy is basically the CliffsNotes version of Vance’s novel. Bouncing between the past and present effectively captures the endless legacy of addiction, abuse, and poverty. Young Vance’s time with Mamaw, who is obviously hanging on by a thread both financially and physically, are the most effective as she teaches him hard-earned lessons. What these moments teach, that Vance put so beautifully in his book, was the family loyalty that supersedes all of the troubles they face. When a family member is in need, you do what needs to be done regardless of the sacrifice. Whether that be coming through to help mom pass a drug test, or skipping your prescriptions to buy that calculator someone needs for school. A lot of speechifying (“Where we come from is who we are, but we choose every day who we become.”) fills in the calming spaces, few as they might be.

Hillbilly Elegy could’ve been a movie with something hard-hitting to say about our country, our politics, our government, and the people who feel they’ve been left behind. Whether you believe that or not (and I certainly don’t), this community of poor-to-working-class people could’ve used a film that dared tackle their issues, but this isn’t the movie for that. But if you’re in the mood for a hometown boy makes good story, and not something that’ll punch buttons uncomfortably, Hillbilly Elegy works on that simplest of levels.