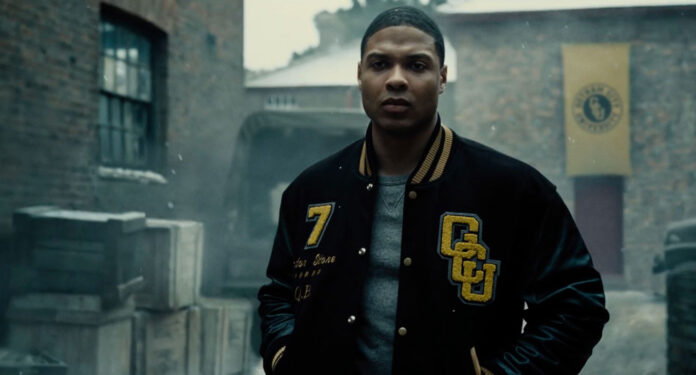 Who had Ray Fisher vs. Joss Whedon having beef in 2020? On Monday, Fisher fired a shot across Whedon’s bow by “forcefully retracting” any support he once had for Whedon’s cut of Justice League. And at the time it just seemed like he was really pumped for the Snyder Cut, which promises to give his Cyborg a more sizeable role. But it’s quite clear now that Fisher’s dislike of Whedon runs pretty deep.

In a tweet, Fisher revealed that his problems with Whedon extend to his treatment of others while on set doing reshoots of Justice League, emboldened by producers Geoff Johns and Jon Berg. You’ll recall that Johns and Berg were like the main dudes to spearhead the DCEU for a while, but they sucked and that shit came to an end shortly after the movie bombed.

Joss Wheadon’s on-set treatment of the cast and crew of Justice League was gross, abusive, unprofessional, and completely unacceptable.

He was enabled, in many ways, by Geoff Johns and Jon Berg.

Fisher’s tweet was followed by a response from Reel Anarchy’s John Aaron Garza, who pointed out that Johns used to make fun of Snyder’s cut of Justice League publicly, which is pretty unbecoming of a producer/writer at a major studio.

Since this is out there…GJ also made fun of the Snyder Cut. Out loud. In front of People…y’all about digging your own fucking grave. ✌🏼 https://t.co/fiFGloHCup

Going by the way this stuff normally shakes out, we’re only in the beginning stages of what will be months of back-and-forth, spilling tea all over the place about a movie that stunk up the joint. And if you think the release of Zack Snyder’s Justice League next year will end it? Ehhhhhhh, probably. If it’s a success, there will be gloating. And if it fails…well, there will be more gloating.