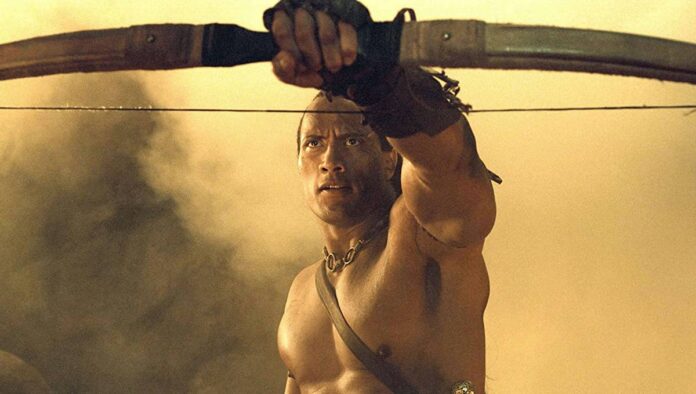 When Dwayne Johnson was just starting his climb up the Hollywood ladder, the first franchise movie he had was The Mummy Returns, in which he played an awful CGI version of the Scorpion King. He would then spin the character off into a solo movie the following year, and believe it or not, those films have continued on, without Johnson, ever since with the latest one in 2018. Well, Johnson is reigning things in now by rebooting The Scorpion King for a new audience.

THR reports Johnson and his producing partner Hiram Garcia are looking to reboot The Scorpion King. They’ll be joined by Straight Outta Compton writer Jonathan Herman to tell the story of Mathayus, an Egyptian warrior who conquers all on a path of vengeance before being transformed by the god Anubis into the Scorpion King.

Johnson won’t be reprising the role, but instead may appear in support.

“‘The Scorpion King’ was my very first role ever on the silver screen and I’m honored and excited to reimagine and deliver this cool mythology to a whole new generation,” said Johnson. “I wouldn’t have had the career I’m lucky enough to have had it not been for ‘The Scorpion King’ and I’m thrilled that we at Seven Bucks Productions can help create those same opportunities for other hard working actors today. I believe Jonathan Herman will put in the hard work to deliver a fantastic script for our global audience.”

Like I said, the Scorpion King movies have lived a long life without Johnson’s involvement, but having him on board now can only make things better.