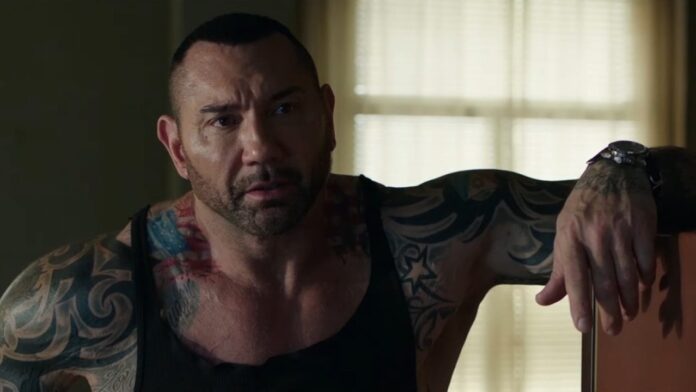 It’s just a given that every action star, in particular the wrestlers-turned-actors, have to go through a kid-friendly phase. Dave Bautista is hip deep in that shit right now, coming off his surprisingly sweet performance in My Spy. Now he’s following a similar formula, but on a more cosmic level, with Universe’s Most Wanted.

Bautista will play an intergalactic peacekeeper who teams up with a sheriff’s son to capture the universe’s worst criminals who have escaped from spaceship that crashed on Earth.

Interestingly, the man behind the camera is Brad Peyton, who has really helped elevate the career of Bautista’s old WWE foe Dwayne Johnson on blockbusters Rampage, San Andreas, and Journey 2: The Mysterious Island.  Johnson had to pay his all-ages penance first, though.

In truth, this reminds me a lot of when Hulk Hogan starred in Suburban Commando, except that movie was awful and the only person who thinks fondly of it is The Hulkster.

No word on when Universe’s Most Wanted shoots. Bautista will be seen next in Denis Villeneuve’s Dune. [Deadline]