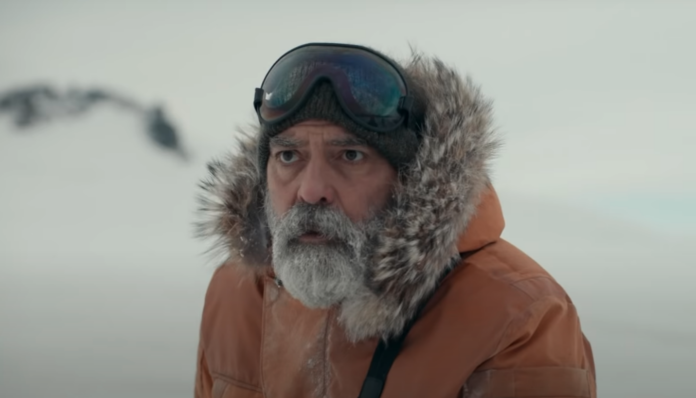 Throughout George Clooney’s directorial career, we’ve seen him mostly take on movies that stay within a certain art house aesthetic. Even a war film like Monuments Men operated on a much smaller scale than most, and dealt with something other than the war itself. It’s not a bad thing, it’s just what Clooney does, even when taking on a post-apocalyptic film such as The Midnight Sky, his focus is on people and how they are affected by global tragedy.

Clooney directs and stars in the film by The Revenant writer Mark L. Smith, centering on a lonely scientist in the Arctic as he races to stop a group of astronauts, led by Felicity Jones as Sully, from returning to a global catastrophe. The cast includes David Oyelowo, Tiffany Boone, Demián Bichir, Kyle Chandler, and newcomer Caoilinn Springall.

It’s certainly a downbeat effort from Clooney, and reminds of the Solaris remake he starred in years ago.