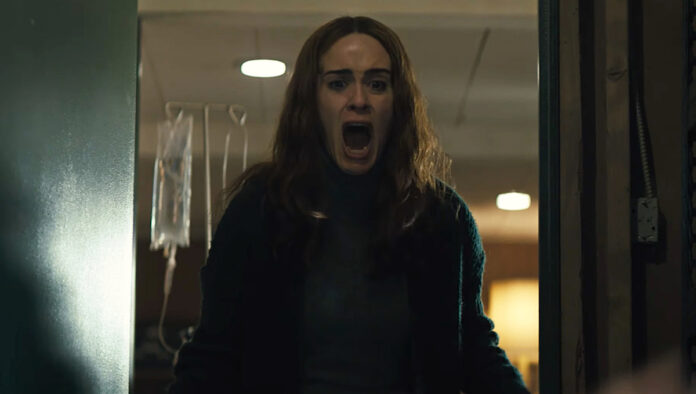 Aneesha Chaganty made a huge splash a couple of years ago with his debut feature, Searching, a Sundance Award-winner that took the open-windows format to thrilling new heights. While there’s been talk of a sequel ever since, Chaganty’s follow up is the Hulu horror, Run, which stars Sarah Paulson in a role that is giving off some seriously creepy vibes.

Run, which shouldn’t be confused with the already-canceled HBO series, centers on the relationship between an overprotective mother and her disabled daughter, the latter who begins to suspect that a deadly secret is being kept from her.

In the new trailer we see Paulson as she shifts from caring and nurturing to stifling and dangerous in an instant. Her daughter is played by newcomer Kiera Allen in what amounts to a two-hander film, with only Pat Healy as the other cast member of note.

Run was originally a Paramount film set for theatrical release, but as they’ve done with multiple projects over the last couple of years, it was sold off to Hulu who plan to premiere it on November 20th.

SYNOPSIS: They say you can never escape a mother’s love… but for Chloe, that’s not a comfort — it’s a threat. There’s something unnatural, even sinister about the relationship between Chloe (newcomer Kiera Allen) and her mom, Diane (Sarah Paulson). Diane has raised her daughter in total isolation, controlling every move she’s made since birth, and there are secrets that Chloe’s only beginning to grasp. From the visionary writers, producers, and director of the breakout film Searching, comes a suspense thriller that shows that when mom gets a little too close, you need to RUN.