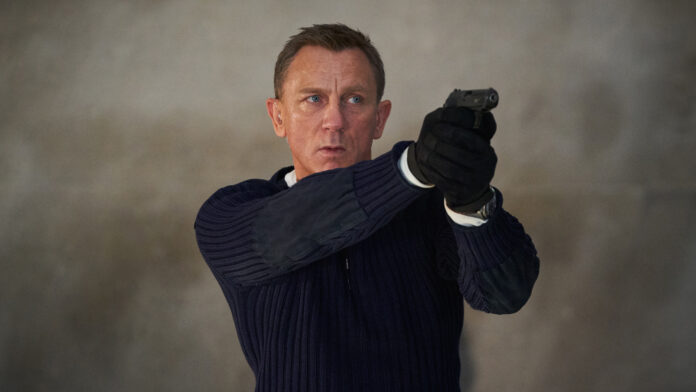 Is anyone certain that we’ll get No Time to Die next April? The upcoming James Bond film has been getting bounced around the schedule so much, and always within days of its release in theaters. Since nobody truly knows what the COVID-19 situation will be like in a few months, there has to be concern about what to do, and one of those options for MGM and the Bond producers is streaming, and based on a Variety report that option was definitely on the table at one point.

Apple and Netflix are said to be two of the streaming platforms that were eyeing a $600M deal to acquire No Time to Die from MGM. That’s a gigantic number for a single film that, let’s be honest, does not always break the bank even if it has been doing so in recent years. However, it’s unclear if the offer was ever formally made. Also uncertain is if longtime Bond producers Barbara Broccoli and Michael G. Wilson would need to agree to such a deal.

A rep for MGM shot down the notion of No Time to Die going to a streamer, saying “We do not comment on rumors. The film is not for sale. The film’s release has been postponed until April 2021 in order to preserve the theatrical experience for moviegoers.”

Of course, he DID just comment on a rumor, so…

Another source says MGM was only looking to unload the domestic rights and not the international, which makes that $600M figure even more ridiculous.

MGM’s denials aside, there has to be some discussion about either unloading No Time to Die or offering it up for premium VOD similar to what Disney did with Mulan. At a cost of roughly $250M to produce, it could easily recoup or exceed the budget with a platform that does not require a revenue split with theaters. If the pandemic continues to keep audiences away from theaters this subject will come up repeatedly, whether they admit it or not.

Just imagine what a move of No Time to Die to streaming would do to the struggling theaters, though. It could be the nail in the coffin.