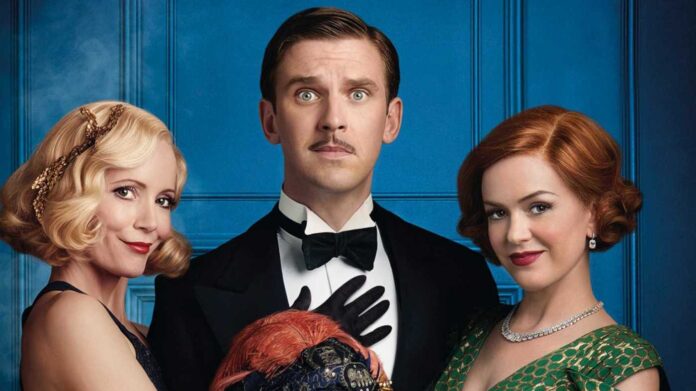 Blithe Spirit is a classic standard in the theater. The play, written by Noël Coward is a staple on the American and British stages, while also being performed in colleges and high schools. This play has had a whole like since being first produced in the West End in 1941. This newest adaption starring Dan Stevens, Leslie Bibb, Isla Fisher, and Judi Dench tests whether or not our current moment has outgrown this “classic” screwball supernatural comedy.

Dan Stevens plays Charles Condomine, a writer living with his second wife and trying to write the screenplay adaptation of his detective series. Facing writer’s block and pressure from his wife (Isla Fisher), he suddenly gets the brilliant idea he was looking for after a famous psychic’s show goes haywire. When he invites over Madam Arcati (Dame Judi Dench) for more inspiration, she accidentally conjures the ghost of his first wife, Elvira (Leslie Mann). Suddenly able to write again, Charles struggle with his past and present, while each wreaks havoc over his current life.

While this is director Edward Hall’s first feature film, he is no stranger to the directing. Well known on the British stage, Hall has also directed episodes of Downton Abbey and a few other British television shows. However, Hall fumbles with this adaption of Blithe Spirit. The tone feels callous and catty in an unfunny way. While there are some pretty shots, some of the set pieces feel fake and hokey. Whether it’s the direction or the concept not aging well, Hall clearly bit off more than he can chew with this one.

Mann sheds the usual sweetness and relatability that she normally infuses in her roles like Blockers and This is 40. This would be fine if she could handle the bitchiness that the character grows into. Instead, she like most of the other characters becomes annoying as the plot thickens. Like his costar, Stevens also comes off as unlikeable. You never get why these women were in love with him. There’s a way to play unlikeable in a way that’s endearing, and Stevens fails. In fact, everyone but Judi Dench comes off as grating. Watching two women, alive or otherwise, go after each other for 90 minutes feels like something that would have happened ten years ago, not now.

If you are going into this film thinking it will end like the play, think again. The traditional ending adds to the irony and comedy of Coward’s script. This ending, a feeble attempt at some feminist team up, falls flat. With it, Dench’s Madame Arcati’s arc is drastically changed. Obviously, this is due to Dench’s casting and the natural need to amp up the part going to a film legend. However, that compromise adds to the idea that maybe we didn’t need a new adaption of Blithe Spirit. It raises the question, is 2020 the time for a new adaption of this play?

Blithe Spirit is coming to UK audiences on Dec. 26th and US audiences in 2021. Watch the trailer below.