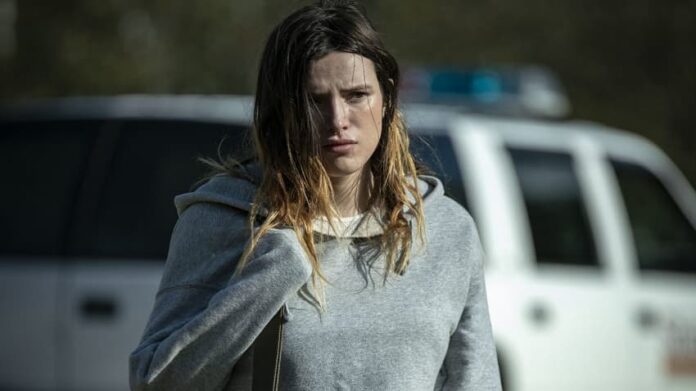 Say what you want about Bella Thorne, and trust me, people are, she has done everything to carve her own path as far away from her Disney Channel roots as possible. By contrast, her Shake It Up co-star Zendaya has done the same with roles that are challenging and easily accessible. Call me crazy, but I prefer Thorne’s method which means taking on roles that push the envelope, and that is the attraction to her latest film, Girl, in which she stars with an actor who has done much the same through his career: Mickey Rourke.

Thorne and Rourke star in the revenge thriller about a woman who returns to her small town home to find her abusive father, only to learn that somebody murdered him just the day before. So what is the logical thing to do in this situation? Grab a hatchet and exact vengeance, of course, which puts her in the crosshairs of a sheriff played by Rourke.

The combo of Thorne and Rourke guarantees some provocative stuff, and at least for me it’s something that absolutely must be seen.

SYNOPSIS: In GIRL, A young woman (Bella Thorne) returns to her small hometown to exact revenge on her abusive father, only to discover someone murdered him the day before. As the girl searches for answers, she soon finds herself prey to a sinister sheriff (Mickey Rourke) and uncovers a family legacy more disturbing than she’d imagined.