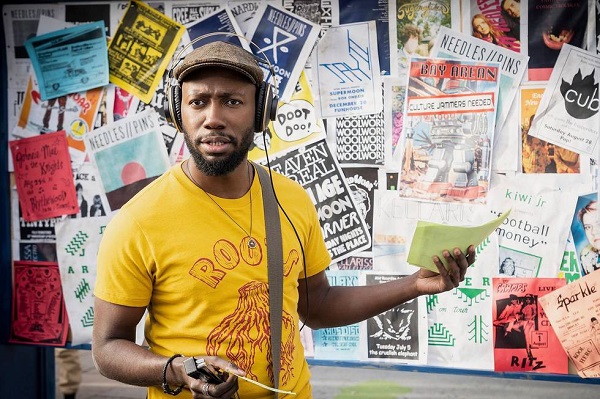 *NOTE: This review is of the first couple of episodes, and not a complete season review.*

It’s weirdly prophetic how many shows coming out (Watchmen, Lovecraft Country, etc.) are echoing what’s going on in America, even though they were filmed long before the current dynamic in regards to what it means to be a black person in America. As America continues to come to grips with a long-overdue conversation about the treatment of African Americans by various institutions in this country, pop culture also finds a way to add themselves to the conversation. While we can expect many new TV shows and movies to address our current political and racial climate, it’s almost a lightning in the bottle type of prophetic writing that seemingly addresses these issues in real-time. Add Hulu’s new comedy series Woke to that list as well.

Created by cartoonist Keith Knight (and loosely based on his own personal experiences), Woke centers on Keef (Lamorne Morris), a cartoonist, who’s signature comic strip “Toast and Butter” is just about to blow up and achieve mainstream success through syndication. He lives with roommates Gunther (Blake Anderson), his white stoner roommate, and Clovis (T. Murph), who constantly lies to women about being a professional sports player (basketball, soccer/”FOOTball”) to sleep with them, everything’s going well with his girlfriend…. He seems all set for the next phase in his life. His cartoon has avoided politics and he prides himself by “going light” to avoid anything controversial. That all changes when he has a run-in with the police.

Comedian Paul Mooney describes when a black person neglects their blackness in order to conform and fit in to be deemed “safe” for white America, only for them to be reminded of their blackness (usually through some form of interaction with the police) as a “Wake Up Call,” which is exactly what happens to Keef. While putting up flyers for his upcoming art convention speech and listening to “Lovely Day” on his headphones, he is rudely interrupted by a dozen police officers as he is deemed a suspect for a crime as his blackness makes him a suspect. He is embarrassingly assaulted by the police, while his white roommate Gunther is yelling and shoving the police on Keef’s behalf. After the police determine he’s not the guy, a traumatized Keef is left to his own devices.

And that’s when it gets weird.

Keef starts seeing various inanimate objects (malt liquor bottles, trash cans, antique spoons, ballpoint pens) as anthropomorphic cartoons, and they start talking to him not only about what he’s been dealing with. He starts to notice the “black” barbershop on the street is owned by hipsters, his white roommate’s “business idea” of selling an “energy powder” that looks eerily like cocaine without repercussions, his skin has been lightened for publicity photos, and countless other microaggressions long ignored. His roommate Clovis tells him he’s “woke,” and he needs to nip it in the bud as “woke means broke.”

However, Keef then goes to his speaking engagement, but goes off on a tirade (that I’m sure many people of color would love to do in their offices) and pretty much gets himself fired. Now he has the trauma of his ordeal with the police, alienating his girlfriend, and losing his syndication deal. What’s he to do? Does he ignore what people do with the Star Wars Prequels (in the hilariously accurate titled episode “What Prequels)? Ayana (Sasheer Zamata), an editor of a local black publication encourages him to ride it out and figure a new way to use his cartoon voice. After some further hilarious debate with his pen, Keef decides to start anew with a more observant and political tone.

We here at Punch Drunk were treated to seeing Woke at a local DC drive-in theater. And as someone who has never in his 40 years been to a drive-in theater, I love this! As we continue to mitigate this pandemic, and with movie theaters still being a potentially costing adventure, going to a drive-in theater (even if it’s just for a TV show) is an awesome experience. This is my soapbox moment to advocate as many drive-in theaters as humanly possible and the experience is wonderful. There’s still the sense of a community theater experience while being safe and should continue even after a vaccine is found. Rant over.

Back to Woke. This show is golden. Very funny, very topical, and once again: very funny. Lamorne Morris has for far too long been a supporting character in many shows/movies and he proves that he’s good and ready for his leading man stature. The surrealness of the show should come off as cheesy, but is proven to be hilariously effective. His first interaction with two bottles of malt liquor is hilarious (to the point where I missed a few jokes made due to laughter) and informative at the same time. The best object Keef interacts with is his pen (voiced by JB Smoove) who helps him begin his journey. I only got to see the first two episodes, but they do a great job of setting up the series going forward for when it premieres on September 9th. I normally have my “3-episode rule” to decide if a new show is worth a full season watch or not. Lamont crushes it, Blake Anderson is hilarious, Sasheer Zamata (isn’t in the first 2 episodes that much, but) does a great job, but I suspect the MVP of the show will be newcomer T. Murph as Keef’s best friend Clovis, who is hilarious and insightful at the same time. Forget 3 episodes, Woke pretty much earned my viewership within the first 15 minutes.