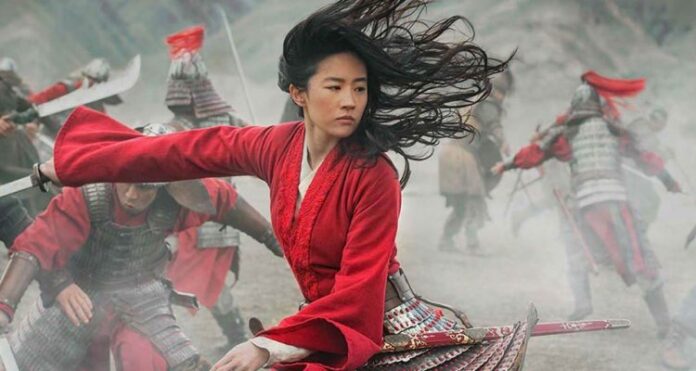 Disney’s long-anticipated, longer-than-expected anyway, remake of Mulan opens with a sweeping, grande journey through an ancient Chinese village. Such a vast introduction was clearly meant to be experienced on the big screen, and surely, director Niki Caro would’ve liked to see her beautiful, heroic live-action epic in theaters. In March, when the movie first premiered in Hollywood, that was certainly going to be the case. Now, the film arrives as a Disney+ exclusive, for an extra $30 no less, but the size of the screen can’t take away from the enormity of Mulan‘s heart, humor, and action.

Let’s just say, the $30 is well worth the price. This is, by far, my favorite of Disney’s many live-action remakes. Caro, who years ago directed Whale Rider, a similar heroine’s tale of a woman fighting on a battlefield dominated by men, delivers a transformative fairy tale with all of the high-flying swordplay of a wuxia epic. If you ever wanted to see how Disney would do a movie like Crouching Tiger, Hidden Dragon this is your ticket.

Mulan isn’t a straight port of the beloved 1998 animated film. There are no songs, no pet dragons, no ancestor spirits, just a story about a spirited young woman’s commitment to duty, country, and family. That was always the heart of the story, anyway, and Caro, along with a pair of screenwriting duos, sticks to the beats that matter most. There’s no attempt to fashion Mulan into a storybook princess in search of a prince; she is a hero, a warrior through and through.

Liu Yifei plays the title role of Hua Mulan, a tomboyish girl with boundless energy, much to the delight of her war hero father (Tzi Ma), and anguish of her mother (Rosalind Chao). It’s tradition for the women to be quiet and obedient, the better to be matched up with a husband. But to ignore her duties is also to bring dishonor to the family, and while Mulan values her independence, she values that just as much.  When the emperor (an unrecognizable Jet Li) declares each family must volunteer a male to aid in the fight against invading rebel Böri Khan (Jason Scott Lee), Mulan steals away with her aging father’s garb and honored sword to join the army in his place.

One of the challenges this version of Mulan faces is in the disguising of her as a male. It works only in the same way that Clark Kent being indistinguishable from Superman works. The men around Mulan, who renames herself Hua Jun, would never imagine a woman in their ranks so they don’t even consider it, even though it’s right in front of their eyes. Hua Jun has many an awkward moment, including some skinny-dipping confusion with the handsome Chen Honghui (Yoson An), but manages to impress everyone, including her commander (Donnie Yen) with her strength, ability, and commitment.

Unlike far too many remakes, including Disney’s prior ones, Mulan hits all of the familiar notes with equal emotional value, while adding fresh aspects which strengthen the underlying themes. The addition of a new villain, the shapeshifting Xian Lang (Gong Li), is like Mulan’s evil counterpart. While Mulan’s devotion to her country defines who she is, Xian Lang’s loyalties are more cloudy. She is basically a reworking of the original movie’s sidekick character, Hayabusa, only given human complexities.

It’s a good thing Xian Lang proves to be one of the movie’s more interesting characters, because others leave much to be desired. While Jason Scott Lee is appropriately heelish as Bori Khan, he’s a one-note baddie even by Disney standards. Mulan is joined by a ragtag group of misfit recruits who provide some humor, but honestly, not as much as Mulan herself. Pet dragon sidekick Mushu has been replaced by a voiceless phoenix, which floats through scenes as some sort of spirit guide. It’s inclusion is an unnecessary distraction from a grounded, meaningful story about honor, courage, and being true to oneself.

This being a warrior’s story, violence is a necessary, if PG-13 rated part of it. Bloodshed is kept to a minimum, in keeping with Disney’s all-family standards. It’s doubtful anybody normally concerned about such things will care, as cinematographer Mandy Walker’s camera takes us on a wind-swept tour of China (it was also partially shot in New Zealand), with autumnal colors so vibrant you’d almost think this was a movie by House of Flying Daggers director Zhang Yimou. Caro has done some incredible work throughout her career, but this is her at peak performance. Whether on the big screen or the comforts of home, Mulan is the lively, magnificent film we’d all hoped it would be.