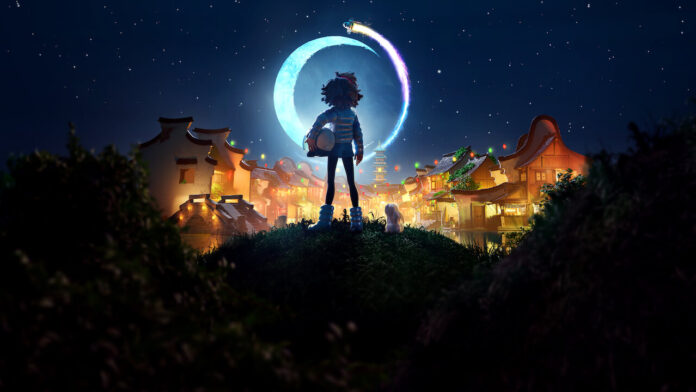 Glen Keane is a legend in the field of animation, having spent nearly three decades at Disney working on films as varied as The Rescuers, Pete’s Dragon, Pocahontas, Beauty and the Beast, and Wreck-It Ralph. But it was his 2017 short, Dear Basketball, an emotional tribute by Kobe Bryant to the sport he loved, that earned Keane his first Academy Award. Now he’s back with his feature directorial debut, Over the Moon, which may prove to be a tribute of a different kind.

Over the Moon tells the story of 13-year-old Fei-Fei, who decides to prove to her disbelieving family that the mythical Moon Goddess Chang’e really exists. To do it, she builds a rocketship to launch herself into space, only to end up on an unexpected adventure on Lunaria.

The film was written by late screenwriter Audrey Wells, in her final produced work. She passed away from cancer back in 2018, and the very next day her film The Hate U Give opened in theaters.  Over the Moon looks to be a fine sendoff to her career which was cut too short.