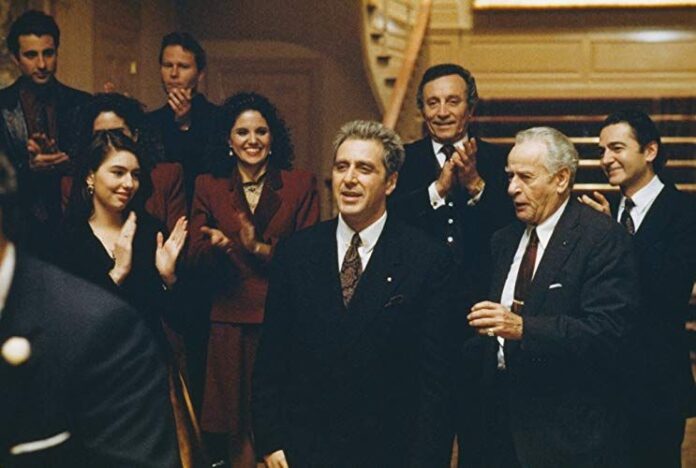 Francis Ford Coppola’s The Godfather and The Godfather Part II are stone cold classics, setting an impossibly high bar for every mafia movie to come after them. Uh, The Godfather Part III? Well, not so much. The film, which features Sofia Coppola in a prominent role she clearly wasn’t ready for, is so disliked some prefer to pretend it doesn’t exit. Count me as one of those. Well, Coppola is going to do something about that.

To celebrate the 30th anniversary of The Godfather Part III, Coppola is working on an entirely new version, which will now be titled Mario Puzo’s The Godfather, Coda: The Death of Michael Corleone. Not only that, but Paramount plans to release this new cut in theaters this December.

Damn. I’m down for that. Weak storyline, Sofia Coppola, and an overacting Andy Garcia be damned.

“‘Mario Puzo’s THE GODFATHER, Coda: The Death of Michael Corleone’ is an acknowledgment of Mario’s and my preferred title and our original intentions for what became ‘The Godfather: Part III,’” said Coppola. “For this version of the finale, I created a new beginning and ending, and rearranged some scenes, shots, and music cues. With these changes and the restored footage and sound, to me, it is a more appropriate conclusion to ‘The Godfather’ and ‘The Godfather: Part II’ and I’m thankful to Jim Gianopulos and Paramount for allowing me to revisit it.”

Coppola has been known to fiddle with some of his most beloved movies. Just look at what he did with Apocalypse Now Redux, so it makes sense he’d do this for another movie he feels is imperfect. I can’t wait to see how he reshapes the final days of Michael Corleone, perhaps into a film worthy of its predecessors. [Variety]