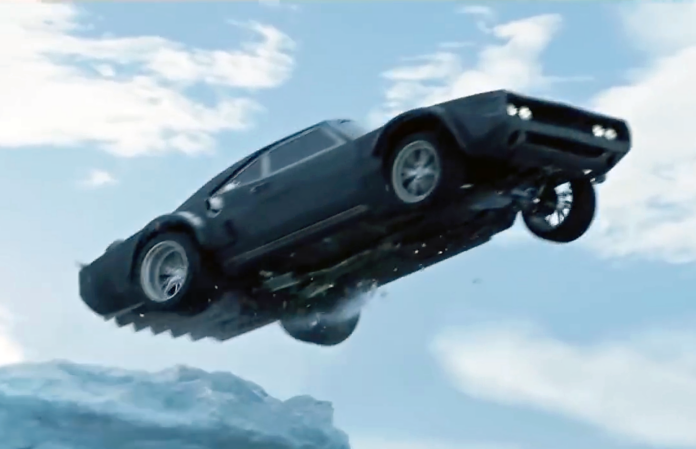 It may finally be happening. Since the Fast & Furious franchise took a turn away from street racing dramas towards blockbuster spectacles that defy all logic, we’ve been speculating on when Dominic Toretto and Family would somehow, someway, blast off into space. The trailer for F9, which remember was supposed to open last May, teased a scenario in which it could happen, and now we have confirmation that the team will be rocketing out of Earth’s atmosphere.

Cast member Ludacris has hinted at a journey into space during F9, but it was his co-star Michelle Rodriguez, speaking with Sirius XM’s Jess Cagle, who confirmed it. Not that she really wanted to, but since Ludacris already spilled the beans…

“Oh, no way,” Rodriguez said. “How did you guys find that out? See what happens? People start talking behind the scenes, man. When a movie doesn’t come out and forget about it, things get out. Nobody was supposed to know that…Oh, well, no, I’m not, I’m not, I’m not lucky enough to hit space, but we did get a female writer and showed a lot of love, I think, on this one. Thanks to [director] Justin Lin. We were able to find a little bit more attention and love for the girls in the movie. And so I’m really hopeful that that shows through in the final product.”

Sounds like Rodriguez won’t be making the journey, which is a shame. If anybody should be there right by Diesel’s side as he blasts off, on what, a rocket-fueled muscle car? It should be her. I’m imagining a big space brawl between Diesel and equally-muscled co-star, John Cena. Or perhaps the newly returned from the grave Han? Played by the returning Sung Kang?

F9 was originally meant to open on last May 22nd, but with the outbreak of COVID-19 Universal made the extraordinary decision to delay it a full year. The film doesn’t arrive until April 2nd 2021. As a refresher, check out the trailer below.