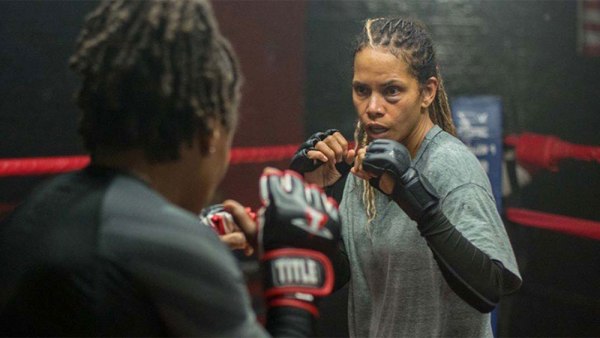 Netflix is at the Toronto International Film Festival, and as they are wont to do when attending such things, they’re opening up the checkbook. The streamer has their eyes on Halle Berry’s anticipated directorial debut, Bruised, and they’re spending big to bring the MMA drama into the fold.

Variety reports Netflix is willing to spend $20M to become the exclusive home for Bruised, and they’re in talks to acquire it now. That’s a helluva lot of money for ANY festival film, much less a directorial debut, and a sports film at that. But this is Halle Berry we’re talking about here, and she’s not only behind the camera but in front of it in one of the most physically demanding roles of her career.

Bruised stars Berry as washed-up MMA fighter Jackie Justice, who attempts to redeem herself as a fighter by taking on a young upstart. At the same time, she also seeks redemption as a mother when the son she abandoned long ago suddenly returns into her life.

The film has its world premiere today, and that will go a long way in determining where it ends up. At a time when productions have been shut down and content is scarce, $20M is a good price to land a film many have been keeping a close eye on.