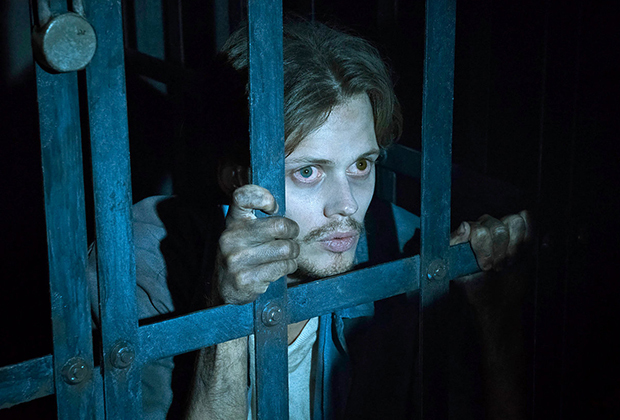 Robert Eggers’ Viking revenge saga The Northman will no longer be a Skarsgard family reunion. Creepy Pennywise dude Bill Skarsgård was to star alongside his brother, Alexander Skarsgård, in the film but he recently told Collider that delays due to COVID-19 have mucked everything up…

“No, unfortunately. It’s been a scheduling nightmare during COVID. It is what it is. It’s a big shame. Eggers is one of the great filmmakers out there and working with my brother…I don’t want to talk about it, it’s going to make me burst into tears.”

What we don’t know is who replaced Skarsgård. Whoever does will join an amazing cast that includes Alexander Skarsgård, Willem Dafoe, Bjork, Anya Taylor-Joy, Claes Bang, Nicole Kidman, and Katie Dickie.

Skarsgård will be seen in another starry flick, Netflix’s The Devil All the Time, which opens later this month.